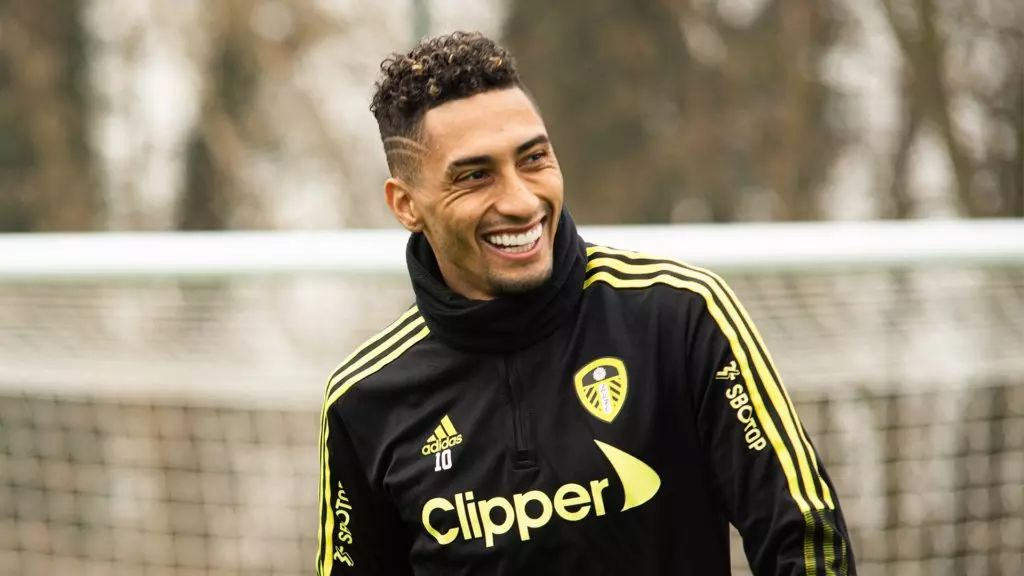 Barcelona are ready to make an offer worth up to £60m for Leeds United winger Raphinha, 25, in a bid to beat Chelsea to the Brazil international’s signature. (Times – subscription required)

Chelsea are progressing in their talks to sign Matthijs de Ligt, 22, but Juventus want the Netherlands international’s £102m clause to be activated. (Telegraph – subscription required)

Juventus are interested in Germany striker Timo Werner being used as a makeweight by Chelsea in a deal for De Ligt but the two clubs are yet to agree a fee involved in any deal. (Mail)

PSG and France international defender Presnel Kimpembe, 26, remains of interest to Chelsea with the Ligue 1 side in the market for a new centre-back. (Goal)

Manchester City will only sell defender Nathan Ake, 27, if they have a replacement lined up, with the Netherlands international linked with a return to former club Chelsea. (Manchester Evening News)

Tottenham are in advanced talks to sign English right-back Djed Spence, 21, from Middlesbrough for £15m plus add-ons. (Sky Sports)

Spain striker Alvaro Morata, who has been linked with Arsenal, will return to Atletico Madrid after Juventus decided not to sign the 29-year-old permanently following his loan spell at the Serie A side. (Goal)

Arsenal have had a second bid of £38m for Argentina defender Lisandro Martinez rejected by Ajax. The Dutch club want £43m for the 24-year-old, who Manchester United are expected to push to sign this weekend. (Mail)

West Ham have stepped up their efforts to sign England international Jesse Lingard, 29, on a free transfer, but may need the former Manchester United forward to lower his wage demands. (Guardian)

Leeds United and England midfielder Kalvin Phillips, 26, will have a medical at Manchester City on Friday before completing a £45m move to the Premier League champions. (Sky Sports)

Manchester United have joined Newcastle in the battle to sign £50m-rated French defender Benoit Badiashile, 21, from Monaco. (Nice-Matin – in French)

Argentina goalkeeper Sergio Romero, 35, is interested in a return to Manchester United – just one year after leaving the club and a spell in Serie A with Venezia. (Manchester Evening News)

Manchester United’s Brazilian midfielder Andreas Pereira, 26, prefers a permanent move to Flamengo where he is currently on loan, despite interest from Fulham and Crystal Palace. (Goal)

Nottingham Forest will make a bid for Huddersfield’s 26-year-old English wing-back Harry Toffolo, who has one year left on his contract. (Athletic – subscription required)

Newcastle are set to sign England youth international left-back Jordan Hackett, 18, after he was released by Tottenham. (Sun)

Bayern Munich have rejected a third bid from Barcelona for Poland striker Robert Lewandowski, 33, with the German champions wanting £43m. (Bild – in German)