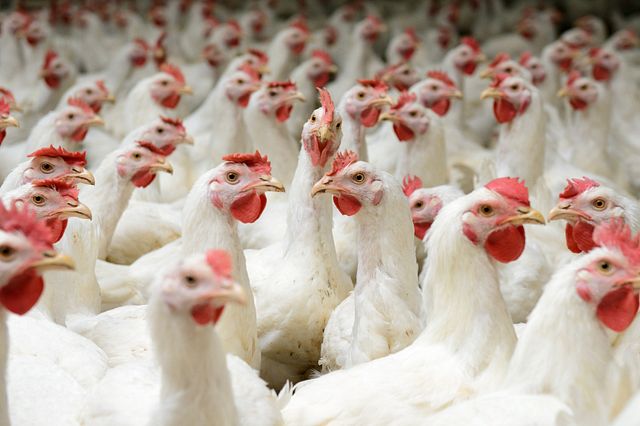 The Police in Lagos on Tuesday brought a 25-year-old man, Onome Jacob before a Badagry Magistrates’ Court for allegedly stealing 22 live chickens and two battery cages valued at N340,000.

Mr Jacob, whose address is unknown, is standing trial on a count charge of  stealing, to which he pleaded not guilty.

The Police Prosecutor, ASP Clément Okuoimose, told the court that the defendant committed the offence on July 26, at 6:30p.m at Taolobe, Farm Settlement, Ajara, Badagry area of Lagos State.

Mr Okuoimose said the defendant allegedly stole 22 live chickens worth N160,000 and two battery cages worth N180,000, the property of one Abimbola Sewenu, the complainant.

According to him, the offence contravened Section 287 of the Criminal law of Lagos State, 2015.

The chief magistrate, Fadahunsi Adefioye, granted the defendant bail in the sum of N100,000, with two sureties in like sum.

Mr Adefioye adjourned the case until August 29, for mention.