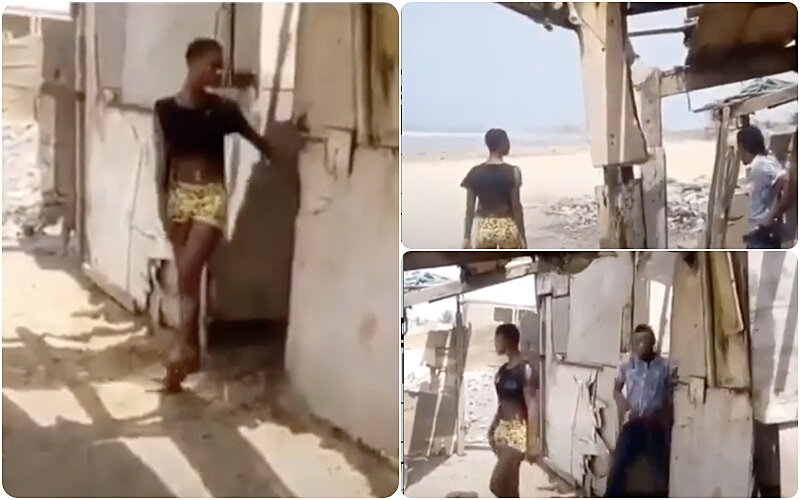 The viral video captures the moment a young man was caught doing it with his girlfriend at the beach.

Reports have it that the lady could be below 18 but like some do say age is just a number.

From the video, the young lady is seen coming out of what looks like a shackle wooden abode.

Then followed her boyfriend who was all smiles as he walked out of the structure.

While they both walk together, the man smacks the behind of the young lady.