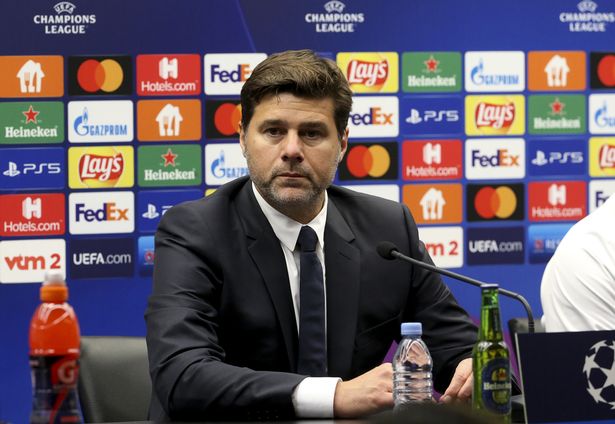 Mauricio Pochettino claims he is happy at Paris Saint Germain and not interested in the Manchester United job.

But Pochettino did drop a huge hint that he could still end up at Old Trafford – after admitting he couldn’t predict what might happen in the future.

Pochettino is one of the favourites to replace Ole Gunnar Solskjaer, who was sacked by United last weekend following his side’s 4-1 loss at Watford.

The Argentine is under contract at PSG until 2023 and luring him to Old Trafford would cost United around £10m in compensation.

United have opened talks with former Barcelona boss Ernesto Valverde about him taking charge on an interim basis – and could wait until next summer to appoint Pochettino or Leicester’s Brendan Rodgers.

Pochettino, whose PSG side will take on Manchester City in the Champions League tonight, denied reports claiming he has fallen out with senior figures at the French giants.

He said: “I’m happy in Paris. I know the city well both as a player and a coach, I have always lived this type of situation.

“Things happen and it’s not my responsibility. What I’m going to say, if you ask me, is that I’m happy in Paris. But football is about today, not tomorrow.

“I think we cannot talk about that (United’s interest), because of my respect to my club, PSG, and my respect to another club. But what another club is doing in this moment is not my business. I am not going to make the mistake to talk.

“Things get misunderstood and out of context. I love PSG and the fans. Is fantastic time to be part of club. My contract is to 2023. I am happy in Paris. That is a fact.”