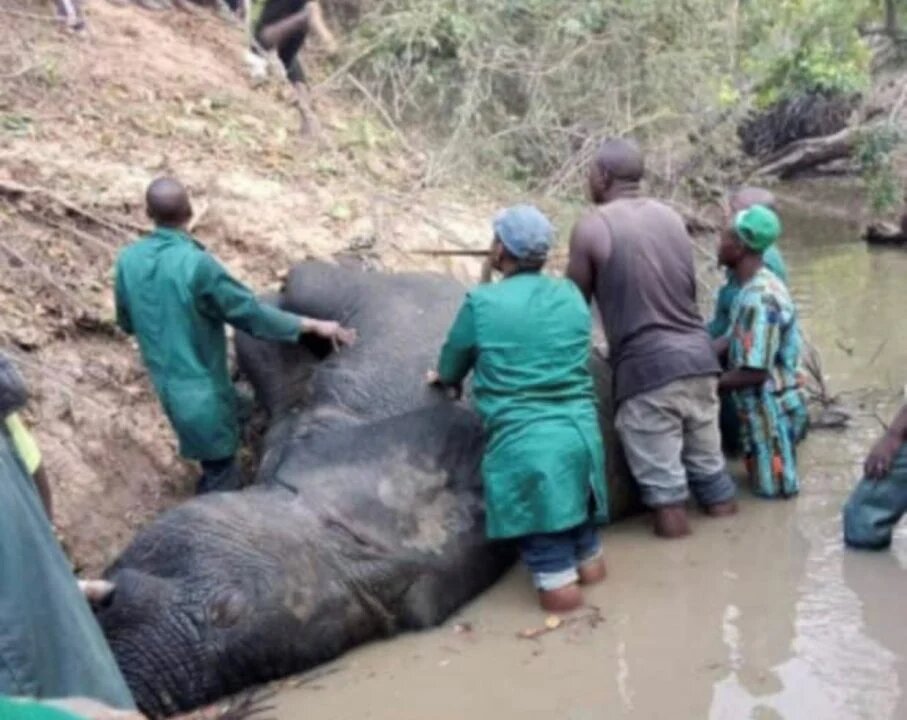 The migratory elephant found near a farm by some farmers in the Saki West Local Government Area of Oyo State is dead.

The Director of the University of Ibadan Zoological Garden, Dr Kabir Popoola, confirmed the death of the animal to our correspondent on the telephone on Friday.

The elephant was said to have migrated to the area from around the Republic of Benin and the farmers who found it drew the attention of the people in the town to it.

It was said to have been transported from the bush to the UI zoo some weeks back but the news of the death of the animal was announced on Friday by a Facebook user, Adesope Habeeb.

Reactions have trailed the death of the animals since the news of its death was broken on Friday.

Some said the way it was transported was not ideal, suspecting that the animal died of stress.

But the Director of UI Zoological Garden said the post-mortem test had been done to know the cause of its death.

He said, “The information (that the elephant died) is correct. The elephant was rescued and brought to the zoo.

“What will be done to the animal is what we are still ruminating over. I have been to the Anatomy Department to find out what they can do. We have done the post mortem.

“We are trying to see how we can get its bones to see whether we can do skeleton of it. That will take some time.

“Elephants are not animals that are very common around. So, it is a special animal. The essence of doing this is educational purposes and research. We are saddened by what happened.”

Asked the likely cause of the death of the animal and the whereabouts of the tusk, he said the tusk had been kept in safe custody.

Popoola said, “We have removed the tusk and it is being kept under a tight security in the university. Nobody stole it.

“When we got to where the elephant was in Saki, we first lured it out with oranges but the villagers there did not allow us; they chased it back to the valley and that was around 11am.

“Before we could continue again, it was around 4pm. It took us some time before we could load it on the truck. It weighed approximately about five tonnes and we used Hiab (truck crane) of eight tonnes to carry it. It was brought in a 12-tyre lorry which has the capacity to carry 15 tonnes.

“We brought it to UI on February 17 at about 4am but it died this morning.”

Outrage Over Kenyan Teenager Nailed To A Tree (Photo)