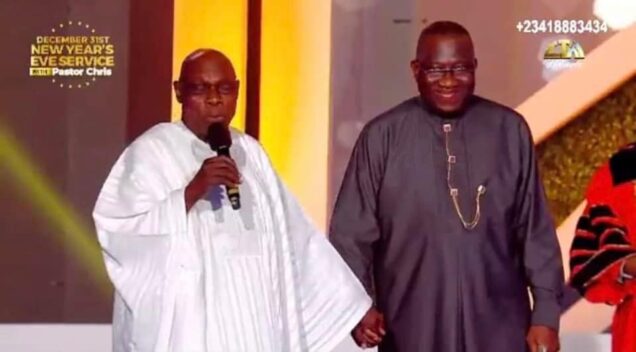 The duo attended the 9th edition of the Future Africa Leaders Awards organised by Christ Embassy.

The Fala Award is being organised for years by the church to showcase the talents of youths.

Obasanjo was instrumental to Jonathan becoming Vice President to late former President, Umar Yar’Adua and his becoming president of Nigeria.

He was also instrumental in kicking him out of office in 2015 when he supported President Muhammadu Buhari.