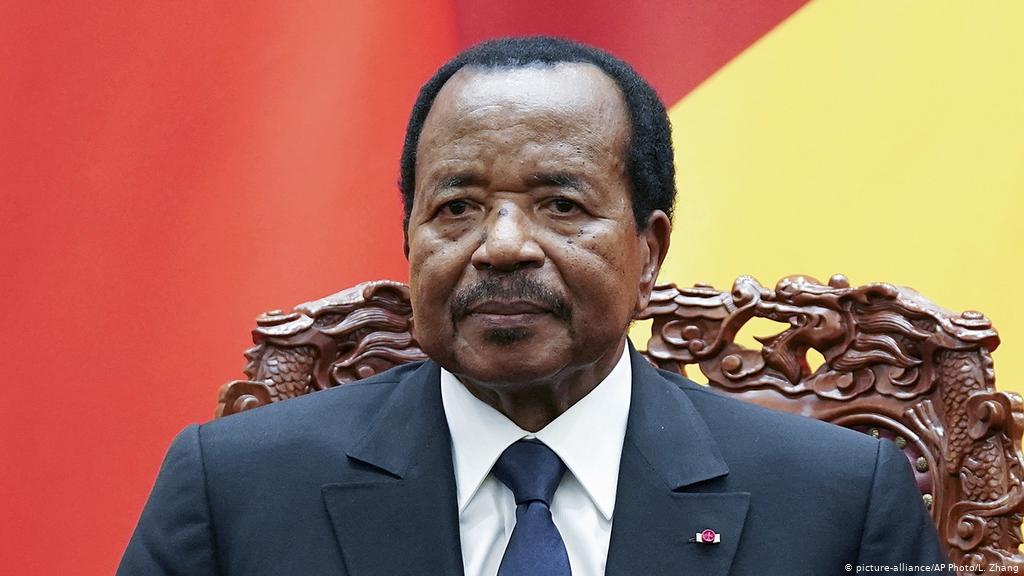 President of Cameroon, Paul Biya has commended Nigeria over the rearrest of Nnamdi Kanu, leader of the Indigenous People of Biafra, IPOB.

Biya’s remark was disclosed by his Special Envoy, Felix Mbayu during a meeting with President Muhammadu Buhari at the State House.

A statement by Buhari’s spokesman, Femi Adesina quoted Mbayu as saying the Envoy “congratulated Nigeria on the recent arrest and repatriation of Nnamdi Kanu, leader of the proscribed Indigenous People of Biafra (IPOB) through the collaboration of national security agencies and INTERPOL.”

The Nigerian government had recently rearrested the IPOB leader in an African country.

Kanu was widely believed to have been rearrested in Kenya and repatriated back to Nigeria.

He was repatriated and re-arraigned before a Federal High Court sitting in Abuja.

READ ALSO: Nnamdi Kanu Is Not A Murderer, Terrorist, The North Is Finished – Father Mbaka

The Court-led by Justice Binta Nyako had remanded him with the Department of State Services, DSS.

Justice Nyako had first granted the IPOB leader bail in 2017 but he jumped it.

Kanu had jumped the bail and fled Nigeria to Israel before ending up in the United Kingdom, UK.

How Deaconess Forge Her Boss Signature To Defraud Victims