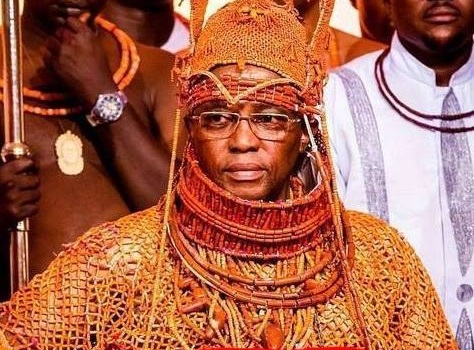 As a way of charting a new course for the Benin Kingdom, the Oba of Benin, Omo N’Oba N’Edo Uku Akpolokpolo,  Ewuare II, has unveiled plans to host a summit of all Benin people.

Speaking during a visit by a Benin socio-cultural organisation, Obakha, Oba Ewuare II said the summit, a sort of general assembly of Benin people, would involve all traditional chiefs (Enigies) and other opinion leaders in all the seven local government areas in Edo South Senatorial District, which make up Benin Kingdom.

He said that the general assembly would aim to discuss the present challenges confronting the kingdom and map out ways to overcome them.

Going down history, the Benin monarch recalled that at its peak, the Benin Empire stretched all the way from the present Edo State to Rivers, Bayelsa and to the  Republic of Benin and Ghana.

He said: “I have been thinking of a gathering of my people, a sort of general assembly of all Enigies in Benin Kingdom to discuss the challenges in Benin and the way forward.”

The leader of the delegation, Professor Sam Guobadia, condemned land grabbing by youths in Benin, adding that it was a serious matter in the community which must be addressed by all stakeholders.

Guobadia lamented that land grabbing usually degenerated to conflicts and got to a point where people’s lives were at stake.

He said: “We will continue to look at that. We need to address all these issues and that of security challenges. We cannot just sit back and watch. There is a high level of unemployment in the country today and as stakeholders, we don’t just want to sit by and not do something.”

He said that Obakha was out to preserve the cultural heritage of Benin people and also to engage youths so that they feel uplifted and know that there are role models in the community who want to identify with and motivate them.

Other members of the delegation included the Edo State All Progressives Congress (APC) governorship candidate in the 2020 election, Pastor Osagie Ize-Iyamu; immediate past acting vice-chancellor of Ambrose Alli University, Ekpoma,  Professor Benson Osadolor, a former member of the House of Representatives, Mr. Patrick Osayumwen; Professor Omoregie Edoba, among others.

Umahi Opens Up On Dropping Presidential Ambition For Senate