Speaking at the Oyewusi Ibidapo-Obe symposium in Lagos, the former president lamented that a lot of youths have resorted to violence and joining kidnap gangs.

According to Obasanjo: “The second cluster of questions are: How do we keep this large keg of a large army of unemployed youths from exploding?

“How do we keep them from enlisting in violent groups and gangs of kidnappers?

“A not-well managed cluster of the population is frightening. 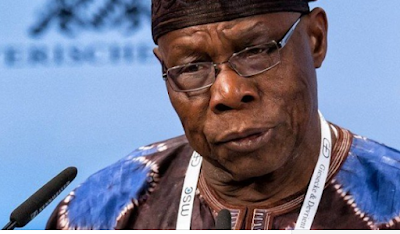 “There appears to be a solution. Political will and political action can make the population an asset.

“This is the master key. The key has the will and the action. It is not enough to shout political will in mere political rhetoric.”

APC to announce exact date of convention on Sunday