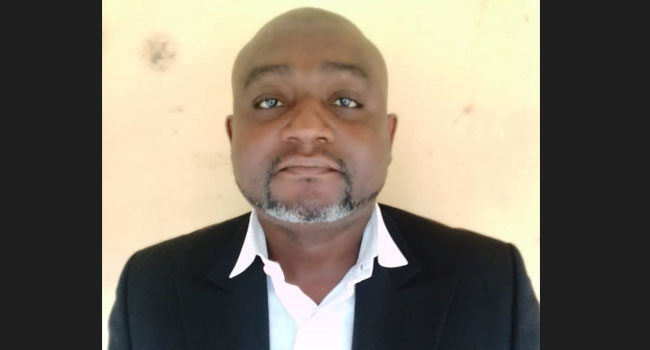 Armed men on Thursday shot and killed a legal practitioner in Gusau, the Zamfara State capital.

The lawyer, Barrister Benedict Azza was killed when the gunmen made an attempt to abduct him at his residence at Saminaka area, bye-pass in Gusau.

Sources say the lawyer made an attempt to escape by rushing to his car and driving off into the main road, however, the assailants pursued him and shot him three times.

The Nigerian Bar Association (NBA) in Zamfara State confirmed the killing of the lawyer in a statement on Friday by the chairman, Barrister Junaidu Abubakar.

According to Mr Abubakar, the late barrister’s corpse as at the time was left on the roadside along the bye-pass near FRSC office.

“Yesterday at about 2230hrs, while I was in my house, I received three different phone calls from our colleagues informing me that B. T. Azza Esq. was shot dead by unknown gunmen and his body was lying on the roadside along Bye-pass near FRSC office, Gusau.”

“BT Azza was shot dead by 2 unknown gunmen suspected to be kidnappers who came on a motorcycle. The information has it that, the gunmen wanted to kidnap him at his house situated at Saminaka Area, Behind Federal Road Safety Corps (FRSC), Headquarters, Byepass, Gusau but he was able to escape, drove his vehicle and ran to the road side. The gunmen pursued him and shot him dead.”

Further affirming the development, the Zamfara State Police Command through its spokesperson, SP Mohammed Shehu, told Channels Television that investigations have commenced as to unravel the circumstances that led to the barrister’s death.

Shehu said the police and other relevant security agencies are strategizing to build the confidence of the residents within the capital and to also improve the security situation around the state.