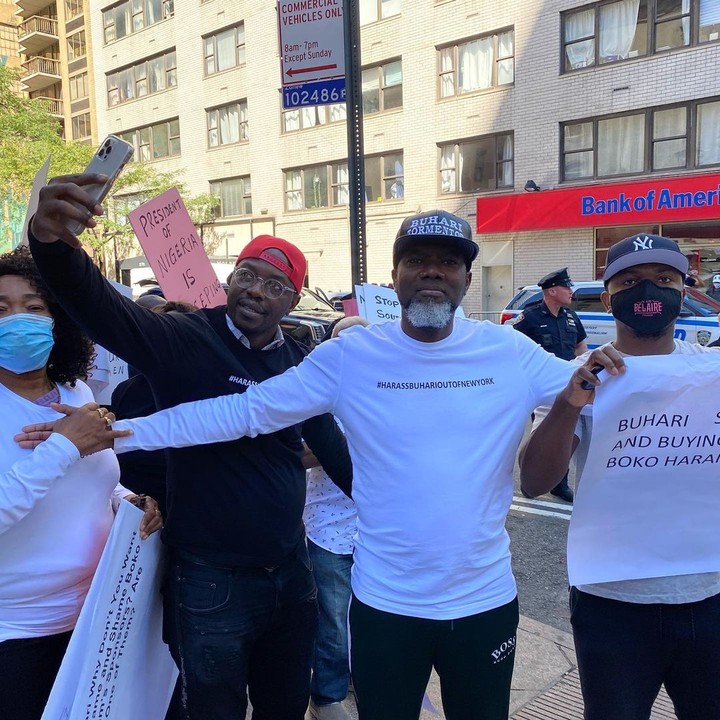 The former New Media aide to ex-President Goodluck Jonathan, Reno Omokri, has alleged that he was trailed and attacked after the #HARASSBUHARIOUTOFNEWYORK protest.

President Buhari’s appearance at the United Nations General Assembly, UNGA, was met by massive protests by different groups amongst which was #HarassBuhariOutOfNewYork which was spearheaded by the activist, Reno Omokri.

In a video posted on his Instagram account, the activist claimed the protest was successful as people left their jobs to join him in the protest.

However, the attack came after the protest was over and he retired back to the hotel where he lodged.