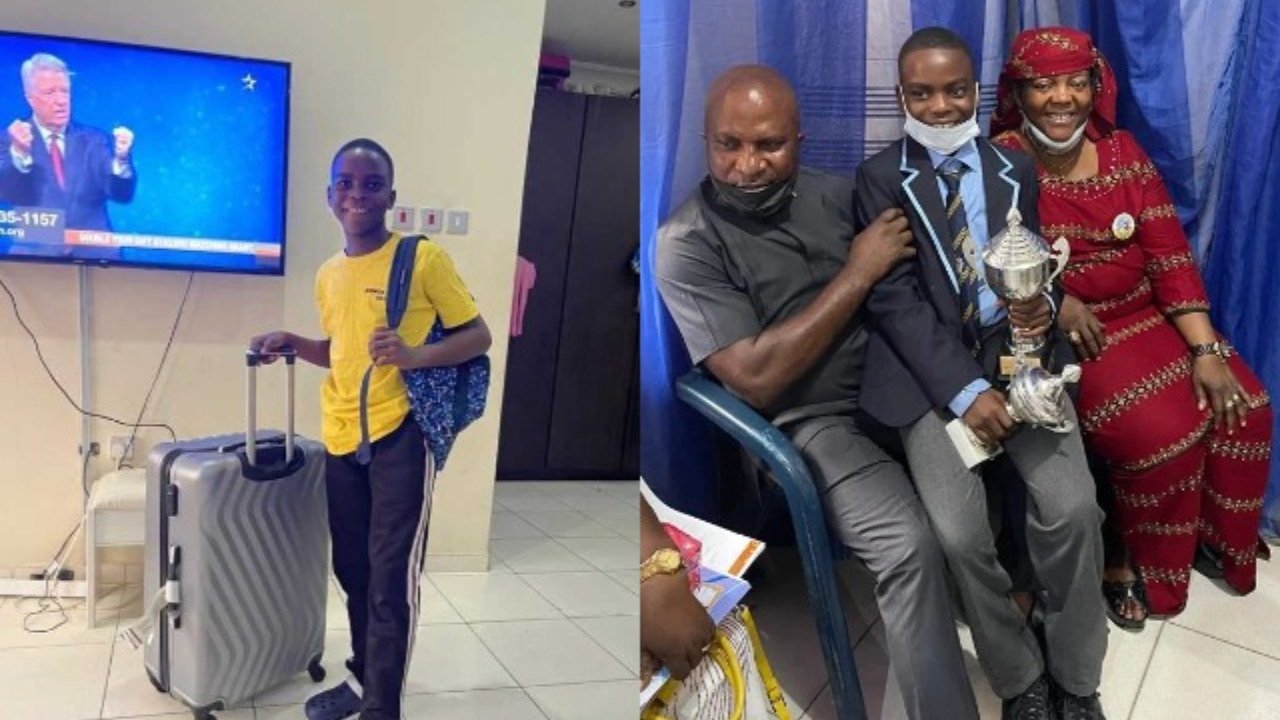 Oromoni: Why My Son Will Never Be Buried – Sylvester’s Father Speaks 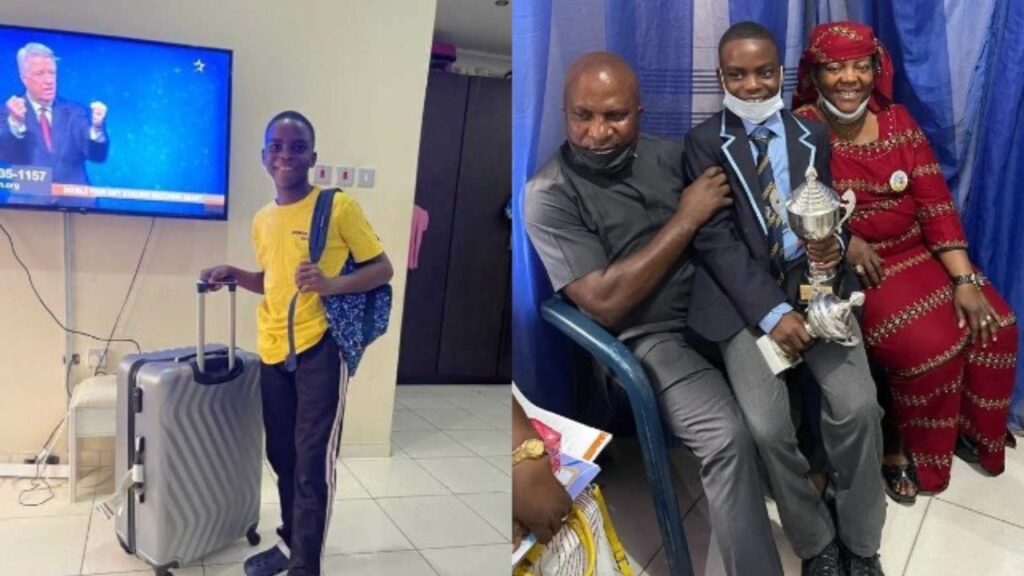 Following the release of the five students and five employees of Dowen College allegedly involved in the death of Sylvester Oromoni Jnr, the father of Sylvester Oromoni, the late 12-year-old pupil, has insisted that he would not bury his son until justice is served.

Recall that Sylvester’s death went viral following a social media post by his cousin, Perry Oromoni, who alleged that some senior pupils of the school beat him up in his hostel because he refused to join a cult which the school denied stating that the boy complained of leg pains following an injury he sustained while playing football.

However, five students and five employees of the school were arrested by the police but legal advice by the Directorate of Public Prosecutions, Adetutu Oshinusi, cleared the suspects.

The autopsy carried out by a consultant pathologist at the Central Hospital Warri, Clement Vhriterhire, revealed that Sylvester died of “acute lung injury due to chemical intoxication in a background of blunt force trauma.”

But the interim and final autopsy report by LASUTH attributed the cause of death to “Septicaemia, lobar pneumonia with acute pyelonephritis and pyomyositis of the right ankle.”

Sylvester Snr and a Senior Advocate of Nigeria, Femi Falana, had kicked against the DPP’s advice with the latter describing the report as “escapist and hasty.”

Falana had said, “The report has not laid to rest the allegations surrounding the gruesome murder of Sylvester Oromoni. The report is escapist and hasty as the authorities are aware of the fact that the Chief Coroner of Lagos State has ordered that an inquest be conducted into the circumstances surrounding the unnatural death of Sylvester Oromoni. The inquest, which commenced before the coroner on December 16, 2021, has been adjourned till January 15, 2022 for further hearing.”

According to a source, the father of the deceased who said the case had yet to have a closure, insisting that his son would not be buried until justice is served.

He said, “The family does not have power. We only rely on God. If they insist that the school will reopen, there is no problem. If God keeps me for 20 or 30 years, I will follow up this case. Government will come, the government will go. I am not bothered. The soul of that boy is crying round. God is alive; He cannot be bribed.

“My son will never be buried. If it takes me 30 years to get justice, he would remain there (in the mortuary). He is my son; I won’t bury him. Nigerians should look beyond what they are saying.”

Asked if he had any doubt over the autopsy released by the state government, he retorted “Do they have any autopsy report? They don’t have any. The doctor that did the autopsy in Delta State was recommended by the Area Commander. He is not the family doctor. We don’t know him. Our lawyer applied to the Area Command to get a copy of the autopsy.”

Meanwhile, the Lagos state Commissioner of Police Hakeem Odumosu, during a press briefing held at the police headquarters in Ikeja on Friday and tagged ‘Sylvester Oromoni Jnr: Update on Investigation,’ dismissed any foul play.

He said eight persons–five pupils and three house masters – were arrested following a petition to the police on the matter, adding that on December 9, 2021, he interviewed the late pupil’s family, the school management, and witnesses at the command’s headquarters.

He said, “During the open interview, it was unanimously agreed that another autopsy should be carried out where pathologists from all parties would be present. Investigation was extended to Delta State and Abuja. I will like to state here that investigation revealed that the same case was reported at the Area Command Warri, Delta State, on December 1, 2021.

“It has also been established that a post mortem examination was initially carried out on December 2, 2021 by a Consultant Pathologist, Dr. Clement Vhriterhire of the Central Hospital, Warri, Delta State. The result of the first autopsy dated December 10, 2021 attributed the cause of death to ‘acute lung injury due to chemical intoxication in a background of blunt force trauma.’

“However, toxicology screening was recommended and also carried out. While waiting for the result of the toxicology, another autopsy was ordered by the Coroner Magistrate in Lagos because of the status of jurisdiction.

“The corpse was, therefore, moved with armed police escorts from Delta State to Lagos State by TOS Funeral and the autopsy conducted at the expense of the Lagos State Government. The second autopsy was carried out at the Lagos state University Teaching Hospital on December 14, 2021 in the presence of representatives of all the parties involved in the case.”

He stated, “Before the expiration of the 21 days remand order, the families of the students applied for their bail at the Magistrates’ Court 1 Yaba.

“The application was approved hence the students who were earlier remanded at Boys Home, Oregun, were granted bail. The housemasters were also granted bail after the expiration of the 21 days remand order.

“The result of the second autopsy carried out in Lagos was released on December 21, 2021. The result attributed the cause of death to ‘Septicaemia, lobar pneumonia with acute pyelonephritis and pyomyositis of the right ankle.’

“On December 30, 2021, the toxicology screening results of the first autopsy carried out in Warri was released. The result issued and signed by Dr Clement Vhriterhire, the same doctor who carried out the initial autopsy, attributed the cause of death to ‘acute bacteria pneumonia due to severe sepsis.’

“At the end of diligent investigation carried out so far, there is no evidence to establish a case of torture, bullying and forceful application of poisonous substance against the suspects.

“All the suspects denied the allegations of torture, bullying and administering of poisonous substance to the deceased. Allegation that the deceased was being forced to join a cult group was also not established as other students interviewed denied this.”

No PDP man can challenge APC on insecurity -Saliu Mustapha