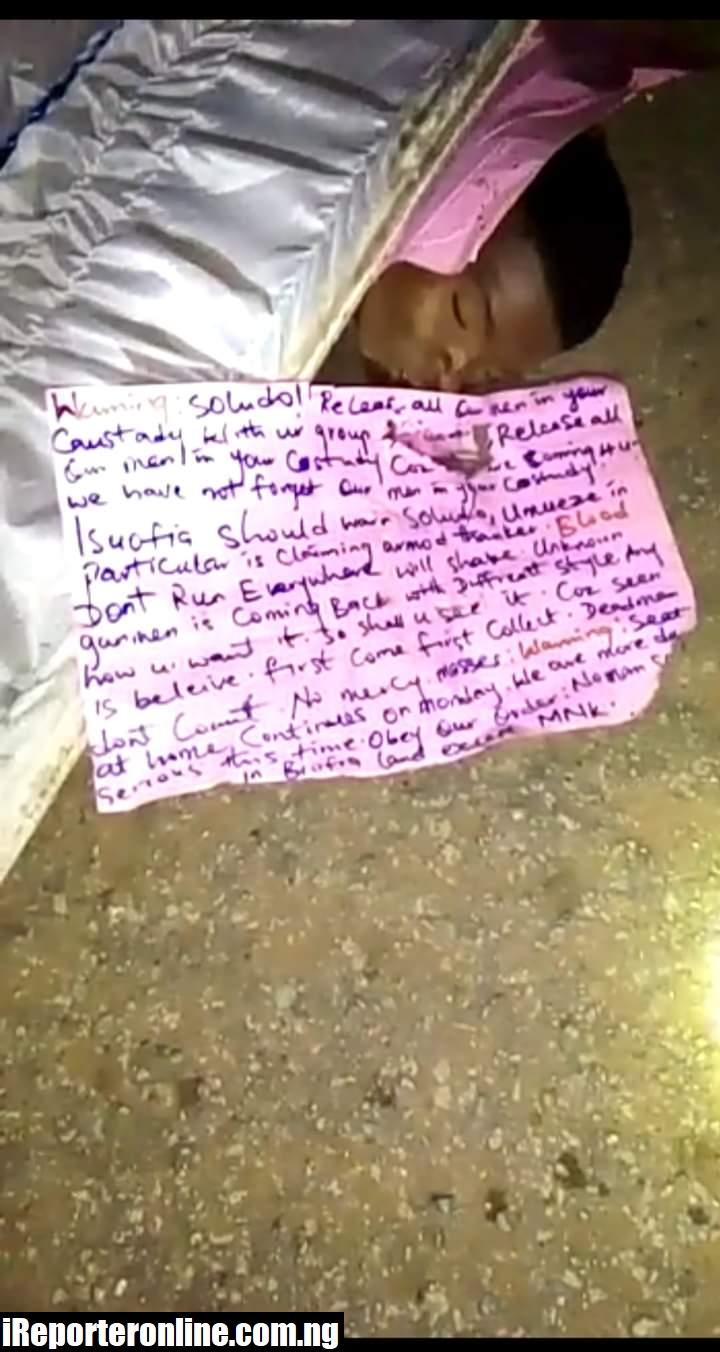 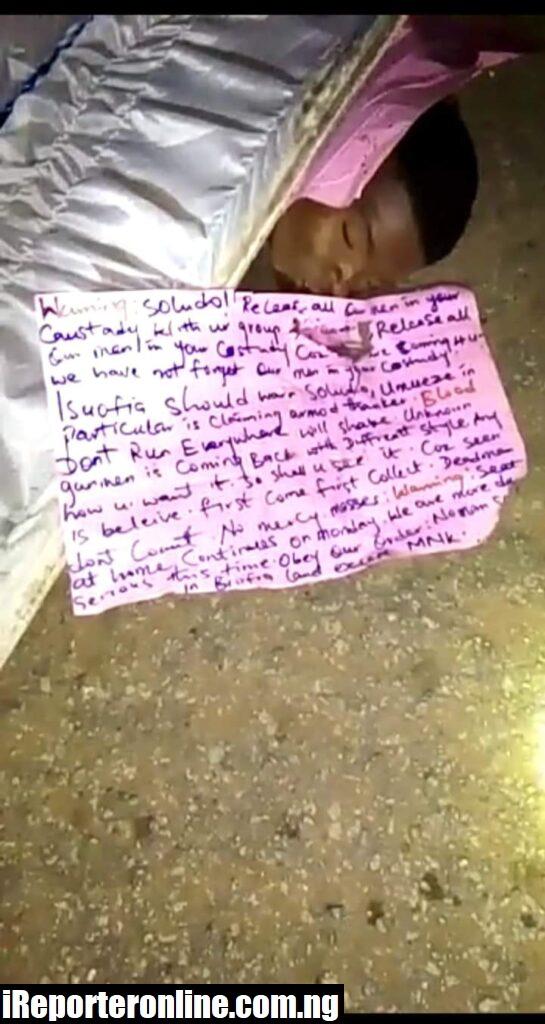 In what appeared like a shocking development, residents of Nnobi in Idemili South LGA of Anambra reportedly woke up to discover one dead body and a human head inside a casket at Afor Market of the town in the early hours of Friday.

There was an attached inscription placed beside the dead man and a cut off human head which looks like that of a teenager.

The placard had a written note directed to the Governor-Elect, Prof Chukwuma Soludo(CFR) in which the unknown gunmen warned that he should facilitate immediate release of all their members in custody and also stressed that every Monday Sit-At-Home in solidarity with IPOB will continue until the release of the Leader of Indigenous People of Biafra(IPOB), Mazi Nnamdi Kanu.

The inscription further reads that unknown gunmen would be returning with a different style and this time, it will be bloody and Isuofia being the country home of the incoming governor, Prof Chukwuma Soludo will be the hotbed of their wrath, Vanguard gathered.

They further advised Soludo’s kindred to persuade him to release all their members since Umueze Isuofia(Soludo’s village) is forming armoured tanker.

As at the time of filing this report, Anambra State Police Command are yet to make any official statement towards this development.