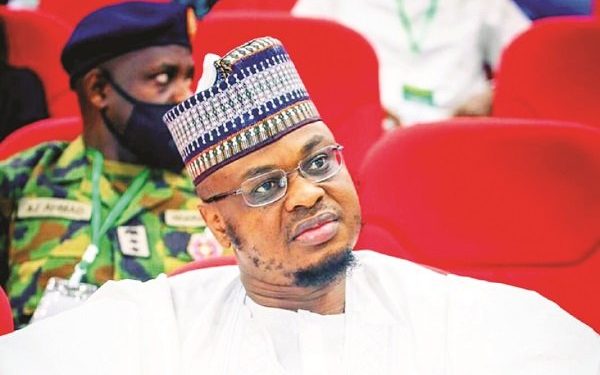 Academic Staff Union of Universities, (ASUU) Abubakar Tafawa Balewa University (ATBU) Branch has said that the process of appointing Minister of Communication and Digital Economy, Isa Ali Pantami is not clear and that the branch of the Union is not convinced about the appointment.

ATBU is Pantami’s alma mater and where he started his career as a lecturer. The Vice-Chancellor of the University, Prof. Mohammad Abdulaziz had in a letter he wrote on behalf of management, staff and students of School, congratulated Pantami.

ASUU has however dissociated itself from the congratulatory letter, saying that the VC did not consult it before congratulating the Minister on its behalf in “an appointment that is shrouded in a lot of controversies.”

While speaking with some selected journalists at the Union Secretariat on Thursday, State Chairman of the Union, Dr. Ibrahim Inuwa said: “We had congress on November 4th, and we agreed that we should dissociate ourselves from that congratulatory message written by the VC. We have a disclaimer to that effect.”

In the report of the Union in Federal University of Technology, Owerri, Inuwa said it is surrounded by “a lot of holes in that report, if you look at the report, it does not follow the character and manner that ASUU does things. . Though, investigation is still going on. The Zone has yet to state their position at the NEC, we will be having a NEC meeting on the 14th.”

Inuwa said that is why the Union is distancing itself from such a congratulatory letter written by the Minister’s alma mater —ATBU.

The Union argued that according to information available to it, the minister left Nigeria for a varsity in Saudi Arabia as senior lecturer

“In the case of the Minister, his last appointment in a university, Saudi Arabia was as an assistant professor –is a nomenclature that is used by the Americans. Assistant professor is equivalent to a senior lecturer in Commonwealth countries.

“As a senior lecturer you are supposed to satisfy a waiting period of three years. You must have some publications locally and internationally. One must have attended conferences and presented papers, one must have been involved in teaching undergraduates and postgraduates –depending on the conditions of service of a university to become an associate professor(reader).

Inuwa said an assistant professor must satisfy a waiting period of three years, graduate postgraduate students, involved in university administration, must have been involved in community service.

He added that teaching quality and style are part of the assessment required to rise to professorial rank. He said that the minister was not in the academic environment within the period and could not have been qualified for that appointment.