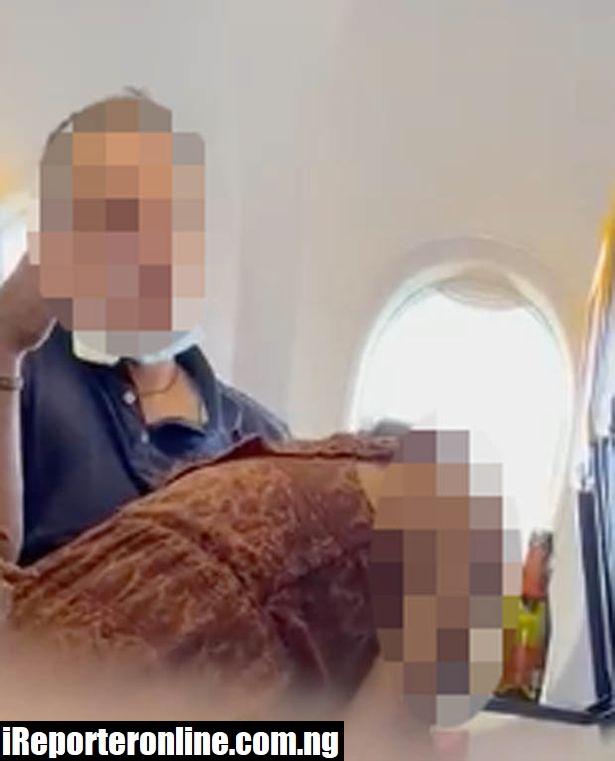 Shocking footage has captured a plane passenger appearing to perform a sex act on what appears to be a Ryanair flight.

The video was shared to Twitter by a fellow passenger on September 14.

It shows a man with a face mask around his neck relaxing against the side of a cabin while his female companion’s head bobs up and down in his crotch.

The couple then start kissing as the man starts fumbling with the woman’s clothes. 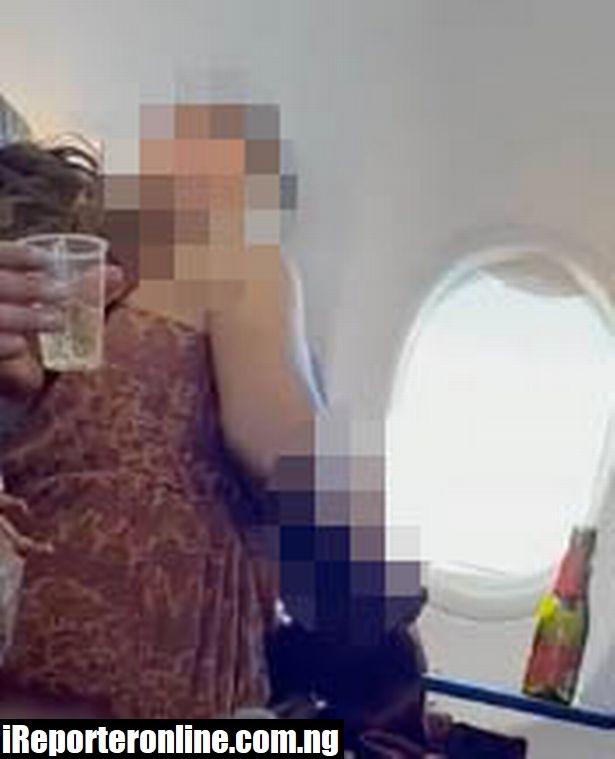 She then pulls her hair back and seems to repeat the act again.

In the caption to the video, the uploader wrote: “Fair play to Ryanair allowing this.

“I’ll factor this in when making my next flight booking.”

More than 1,000 people have seen the footage since it was shared, with viewers calling the scenes “outrageous”.

Ryanair’s onboard flight rules also state passengers can be removed from the aircraft if they engage in such behavior.

It states: “If, in our reasonable opinion, you conduct yourself aboard the aircraft […] in a manner which we reasonably believe may cause or does cause discomfort, inconvenience, damage or injury to other passengers or the crew, we may take such measures as we deem reasonably necessary to prevent continuation of such conduct, including restraint.

“You may be disembarked and refused onward carriage at any point, and may be prosecuted for offences committed on board the aircraft.”

It is not the first time an amorous couple have been filmed appearing to join the Mile High Club.

Back in 2017, a frisky duo were also spotted getting down and dirty by a stunned traveller.

The footage was seen more than 290,000 times after being shared to social media.