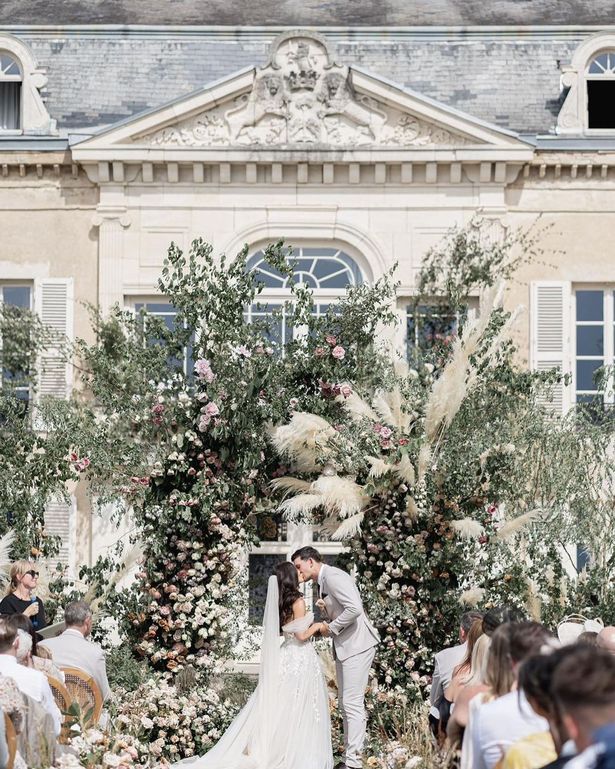 The pair, who have been together since they were in high school, tied the knot in the grounds of a lavish countryside chateaux surrounded by close friends and family.

Maguire shared a charming snap of himself locking lips with his new wifey during the ceremony on his Instagram page, captioning the post: “A day I’ll never forget.”

The wedding took place at the dreamy Chateau de Varennes in the south of France – which has been voted one of the top ten wedding venues in the world.

In order to obtain a UK marriage certificate, the couple got officially hitched last month – in the slightly less romantic-sounding Crewe Registry Office – but wanted to take their vows again in style once the football season had been wrapped up.

Well-wishers from across the country flooded to the comments section of Maguire’s Instagram post, including a number of current and former teammates.

“Love it, congratulations to you both,” wrote Arsenal and England goalkeeper Aaron Ramsdale.

The happy day comes as a welcome relief for the couple who were forced to flee their Manchester home in April following a bomb scare.

Maguire has been under intense pressure for months following a seismic dip in form and with United boss Erik ten Hag keen on bringing a new centre back in this summer the 29-year-old could be facing a fight for his future in the first-team.