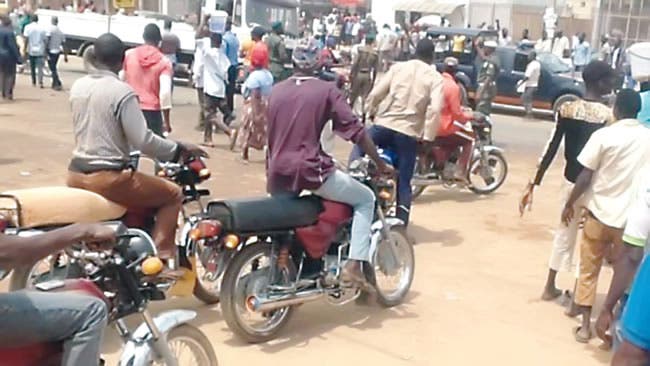 Police Commissioner Reveals Those Not Affected By Lagos Okada Ban

Lagos State Police Commissioner, Abiodun Alabi, on Thursday, clarified that residents who operate motorcycles for courier services or other private dealings will not be affected the latest okada ban.

The state government had announced restrictions on motorcycles, popularly known as okada, from operating in six local government areas of the state.

“It does not affect couriers, but the couriers will not carry passengers,” Alabi said during an interview on Channels Television’s Sunrise Daily. “We will have to make sure they are couriers and not pretending to be one.

“Then the other officers who are okada owners must be uniformed personnel who are going to their various place of work.

“Those who own power-bikes are not affected, because it’s not meant for commercial purpose.”

What I’ll Use To End Insecurity In Nigeria – Saraki Speaks