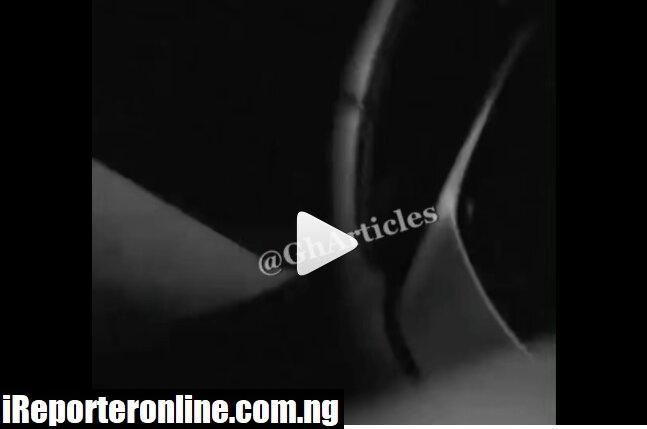 A policeman has been spotted in a video harassing a lady with the purpose of searching her car and this has stirred massive reactions on social media.

From what we could tell the policeman who was searching the car decided to act unprofessionally by touching the thighs of the lady forcefully who was seated in the front passenger side seat.

In the video, the police opened the door of the victim’s car and started searching inside the car although the reason he stopped her isn’t known yet.

After some few minutes, he shifted the search from the car to the lady and started touching her iŋαppropriatєly

The lady who couldn’t believe her eyes, seeing an officer of the law who is supposed to protect her, harass her sєxʋαlly without any form of shame just because she wore a short dress.

He’s heard threatening the lady in the car that he would slap her and that he will continue to touch her because she’s “ŋαkєd”.

The video has awakened the rage of Ghanaians with several others calling for the immediate arrest of the said police officer.

‘She Keeps Going To My Office, Accusing Me Of Sleeping With Women’ – Pastor Ends Marriage After Wife’s Accusation Of Infidelity