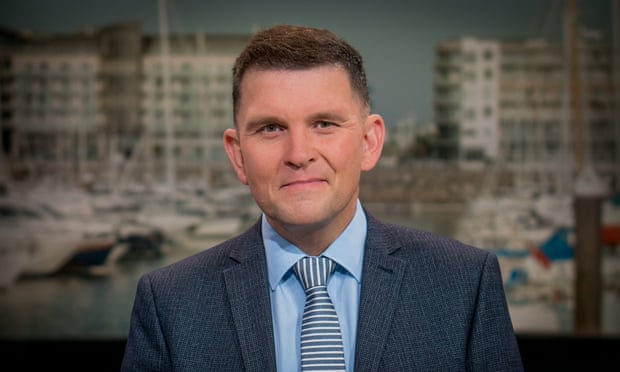 A 46-year-old television journalist who spoke out about his cancer diagnosis has died, ITV has confirmed.

Gary Burgess died peacefully in his sleep at a hospice in Jersey on New Year’s Day. Doctors had found tumours on his lungs and told him they were inoperable.

He was first diagnosed with testicular cancer in 1999, and treated for further tumours in 2015 and 2016.

Burgess used a popular blog to record his condition. In November 2020, he told followers that he had six to 12 months left to live and documented his cancer journey after receiving the terminal diagnosis.

The Manchester-born broadcaster set the world record for the longest radio show at Blackpool’s Radio Wave, staying on air for 76 hours and raising money for charity.

In a final message, written for ITV to release after his death, the journalist wrote: “I’ve had the best life. I’ve had the luckiest life.

“I met my soulmate and the love of my life who went on to become my husband. I got to work with some of the most amazing people in newsrooms and studios doing the job I absolutely adore.

“I’ve been able to share my own relatively short time on this planet surrounded by friends and loved ones who have enriched my life in ways they may never truly understand.

“My greatest sadness is the prospect of leaving all of that and all of them behind. The thought of doing that to [my husband] Alan is unfathomable to process, but I also know the very people who’ve shown me love and support will now wrap up those feelings around him in the coming days.

“It’s time for me to hand over my microphone and keyboard for others to do the talking about me, so let my final words simply be ‘thank you’.

“Every person in my life has, in their own way, helped me live my best life. That’ll do.”

Burgess began his career at Radio Wave in Blackpool in 1992, leaving nine years later. He began working as a reporter at ITV Channel TV in May 2011 in the Guernsey newsroom, before moving to Jersey in March 2012.

Burgess, who married his husband, Alan, in 2018, was the first to convert his civil partnership to a marriage. Their marriage certificate is number one on the conversion register.