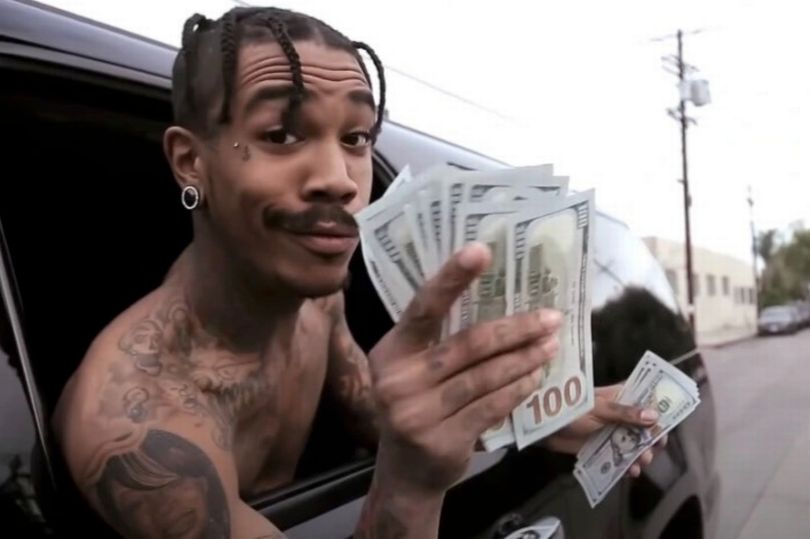 Rapper J $tash has allegedly shot and killed a mum-of-three – with the kids in the house – before turning the gun on himself, according to police.

J $tash, whose real name is Justin Joseph, had been living with 27-year-old mum Jeanette Gallegos for the past few months before the incident on January 1 in Temple City, California.

Lieutenant Derrick Alfred, from the Los Angeles County Sheriff’s Department, told The Sun that J $tash locked his victim in the master bedroom during the argument.

He added that Gallegos’ kids, aged 11, 9 and 7, were knocking on the door to check on their mum before they heard gunshots at around 7am.

They then rang their grandmother, who rang the police.

When police eventually managed to force their way into the locked bedroom they found J $tash and Gallegos on the floor, said Alfred.

Police are now trying to piece together the events leading up to the tragic incident.

According to Alfred, police had visited the home on one occasion before regarding a possible domestic violence situation, but no arrests were made.

No suicide note was found in the home but both bodies have now been scheduled for autopsies.

Alfred added that the couple had been dating for almost a year, according to neighbours, and that none of the kids belonged to the rapper.

Reacting to the murder-suicide on Instagram, rapper SpotemGottem wrote: “Speechless wishing this is a dream damn J.

“Damn fam this hurt that gang but nobody kno what u going through till it all end.”

The page, created by Erika Chavez, reads: “Daughter, Sister, aunt and mother above all. With a heavy heart my sister passed away Jan 1, 2022.

“A tragic and unexpected loss for my family & nephews God has gained another angel My sister was full of life, she was the sweetest most caring person, always there for everyone who needed her.

“My sister leaves behind 3 beautiful boys who will have to continue living life with what’s left, the memories created with their mommy Anything helps even just sharing this post.

“The donations will be used for my sister’s funeral expenses. Thank you in advanced in this hard time for my family Rest in Paradise Jeanette Fly high my beautiful Angel.”

Nobody should ask when I want to get married, small olosho still dey my blood – Bobrisky