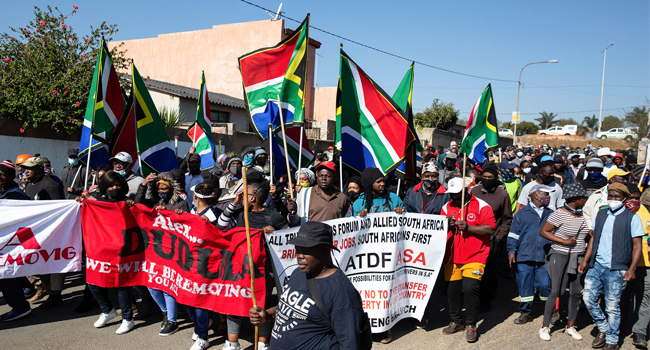 The protesters with flags of South Africa and banners demanding that illegal migrants leave their country.

A protest called Operation Dudula has resurfaced in South Africa against illegal migrants in the country.

The protesters turned up in hundreds at a migrant centre in South Africa’s Soweto township wielding South Africa flags and chanting songs against foreigners who according to them have taken their jobs.

In response to the protests, South Africa’s Minister of International Relations and Cooperation, Dr Naledi Pandor on Tuesday called for an end to Operation Dudula, warning that it could lead to xenophobic attacks seen in yesteryears.

Operation Dudula which has gained momentum in the past few weeks has seen a group of South African nationals march in different areas, the latest being in Hillbrow, Johannesburg demanding that all illegal foreigners leave the country.

The group says they want illegal foreign nationals to leave the country as they blame them for occupying jobs that they say should be held by South African citizens and the group has also repeatedly claimed that many young citizens have qualifications but have turned to crime, drugs and alcohol because they cannot find work. 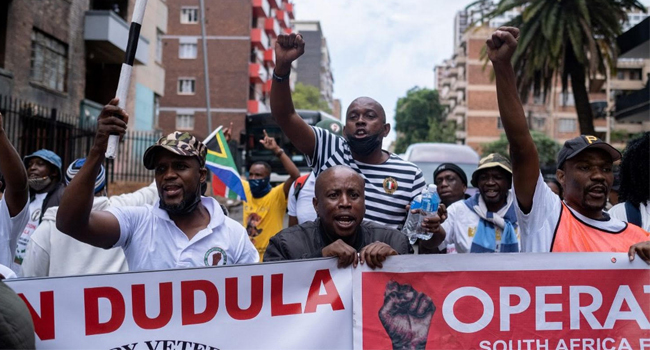