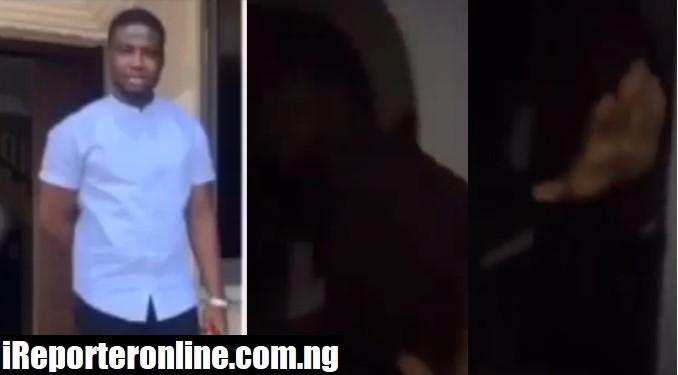 A lady has inflicted marks on her fiancée after she caught him cheating with another girl.

In the fast trending video, a young guy was receiving some severe strokes from his fiancée. Her friends were even present to witness this incident.

While whiping her man, she could be heard saying ‘what the hell is wrong with you’ and her friends told him not to hold the cane.

The video has elicited mad reactions as many said its so wrong for her to do such to the guy that they are not even married.

Some were of the opinion that the guy should be blamed for allowing such to happen to him calling him a pu$$y nigga.

Leaders Of Tomorrow? See What These School Children Were Caught Doing Behind The School Building (Video)