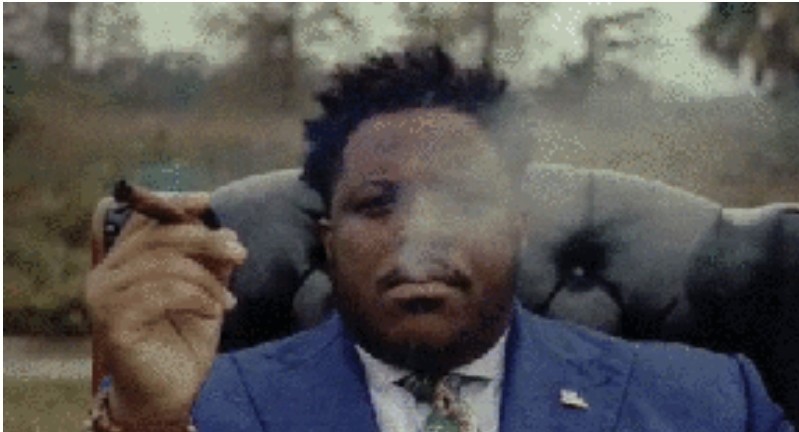 Gary Chambers, a man who is running for a seat in the U.S. Senate representing Louisiana, has posted a new video announcing his campaign.

In the video released Tuesday, January 18 on his YouTube channel, Chambers is seen smoking marijuana in an outdoor leather armchair.

Chambers, who is Black, opens the advertisement, titled “37 seconds,” with an image of him lighting a blunt and smoking it.

“Every 37 seconds, someone is arrested for possession of marijuana,” Chambers said in the new video.
“Since 2010, state and local police have arrested an estimated 7.3 million Americans for violating marijuana laws, over half of all drug arrests.”

He continued: “Black people are four times more likely to be arrested for marijuana laws than white people.

”States waste 3.7 billion dollars enforcing marijuana laws every year. Most of the people police are arresting aren’t dealers, but rather people with small amounts of pot. Just like me.”

Louisiana enacted a law in 2021 that decriminalizes possession of up to 14 grams of marijuana. Those who are caught face a fine of up to $100 but no jail time.

ICYMI: Nnamdi Kanu Denies Being A Member Of IPOB (Video)