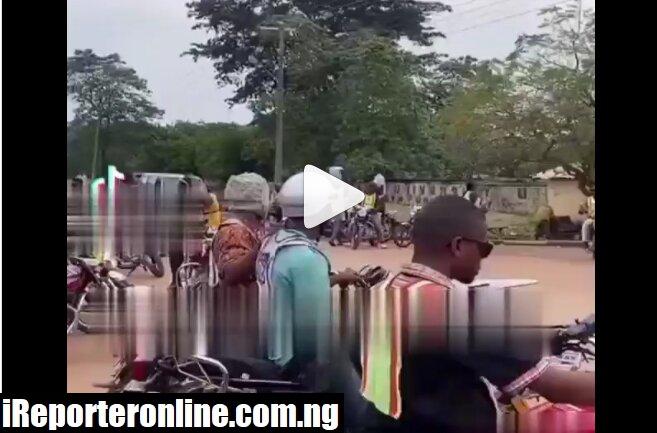 An Instagram user on Monday morning, November 39, took to the photo sharing app to share video of a young lady who allegedly ran mad after getting off from an Okada.

Watching the video carefully, you can see that she was normal when she was on the motorbike.

She was seated quietly between the okada rider and another male passenger. But immediately she got off from the okada, she started getting undressed.

She held her head as if she is getting some pains in the head. The lady then removes her slippers, wigs and her top shirt.

This action frightened the okada riders at the station as some of them began to run away after she tried approaching them.

Some social media users after coming across this video said that the okada rider and the other guy on the motor might have done something to her before the arrival.