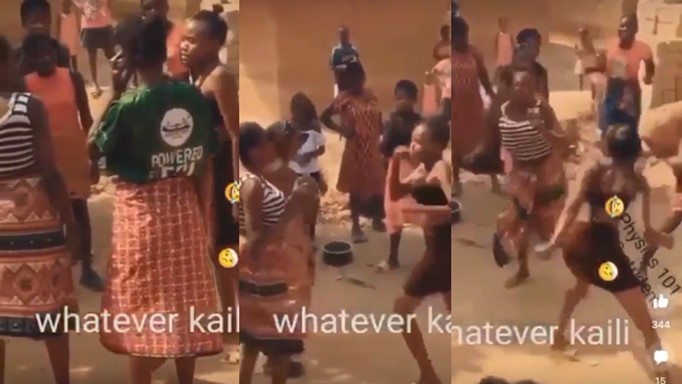 Side Chic Confronts Sugar Daddy’s Wife At Her Place, See What Happened Next (Video)

According to a source, these two women were engaging in a serious fight because of a married man.

The incident took place in Kenya. The wife has been hearing information that her husband has another woman so she decided to go and see the woman.

On getting there, she saw the woman and her husband walking in her direction. The husband took to his heels on sighting his wife.

The woman then decided to confront the side chic and while they were talking something happened.

The side chic became furious following the confrontation and landed some heavy punches on the woman.

Read Also Help Without Sleeping With Us, Things Are Too Hard – Slay Queen Begs Men (Video)

This then made the married woman to respond with punches too.

The winner of the fight from the video appeared to be the side chic cause one of her heavy punches put the married woman on the floor.