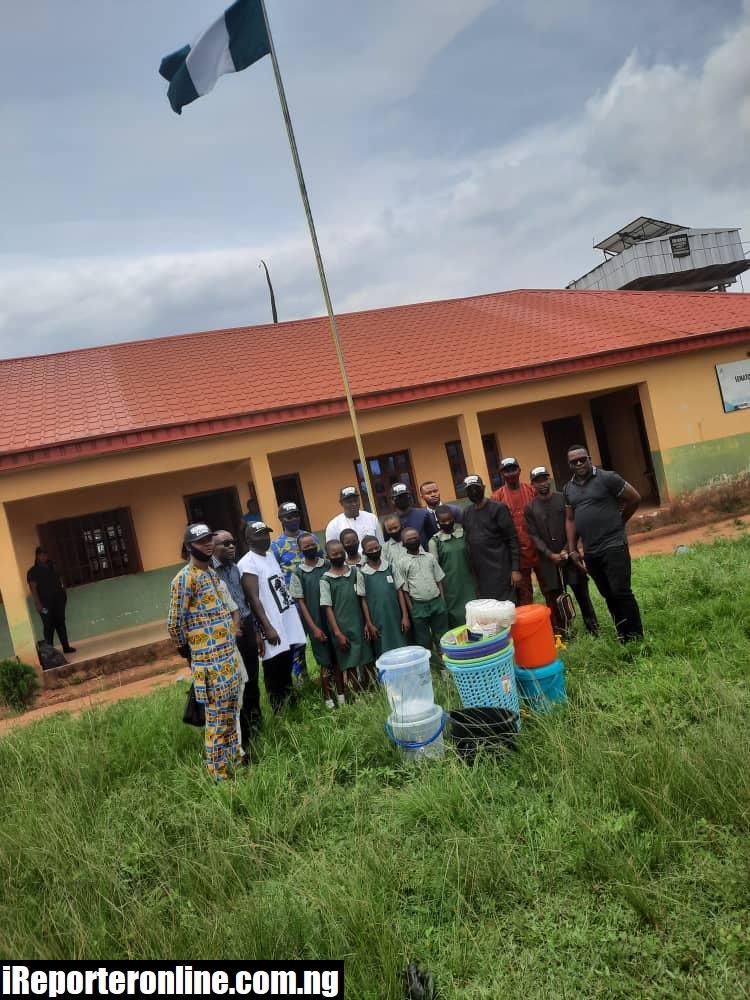 Benin – The Uhunmwode Chapter of the NBM of Africa on Tuesday flagged off the distribution of free educational and COVID-19 preventive materials to more than 90 schools across its area of influence including Uhunmwode and parts of Ikpoba Okha local government areas of Edo state.

The exercise which kicked off at Uwa Model Demonstration Primary School in Ikhuenhiro community is expected to be followed by Iguomo Primary and Junior Secondary Schools respectively next week.

According to the Chapter, the move was to further promote the objectives of the Pan Africanist organization, as well as part of its Social Responsibility within its sphere of influence.

The NBM of Africa Chapter sued for judicious use of the items which also included Nigerian national flags.

They promised to continually partner government at all levels to develop education in the state especially at the grassroots level.

“It’s going to be a continuous exercise to boost learning in schools within our area of influence.

“As time goes on, the Chapter will be identifying the best students and pupils for scholarship awards and special recognition to spur them on to greater excellence”, Osaheni Onaiwu, spokesperson of the non governmental organization said at the event.

Receiving the items, the head teacher, Mr Okoro Osaretin in company of staff and School Base Management Committee (SBMC) thanked the Chapter for the gesture which according to him “will go a long way to encourage learning.”

Also, chairman of the School Base Management Committee (SBMC), Comrade Ohenhen Johnson urged other NGOs to emulate NBM of Africa to cater for the welfare of school children within their environments.

Ohenhen who is the advisory chairman of SBMC in Uhunmwode local government area assured the group of the committee’s support in the ongoing exercise.

The high point of the event was the hoisting of the newly donated Nigeria national flag by members of the Chapter.