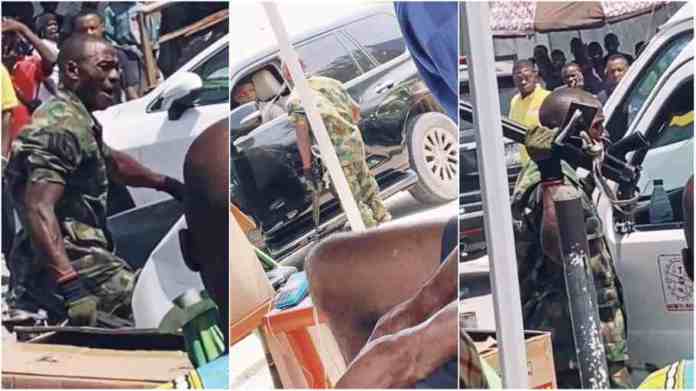 The video captures the moment a soldier alleged to be drunk was caught on camera stopping cars and taking money from the occupants after allegedly threatening them.

In the video, the soldier could be seen stopping different cars and insisting they give him something.

One motorist could be seen giving the alleged drunk military man some cash while he banged on the car with his fist.

The soldier who was welding a gun was also seen in another scene in the video having a heated argument with the occupant of a car while he made moves to hit them with the bʋtt of his riffle.