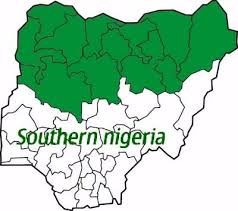 The Governors in the Southern part of the country under the auspices of the Southern Nigeria Governors Forum met on Tuesday evening to discuss the state of the nation, particularly the issue of insecurity in the country.

It was gathered that the meeting which was held virtually involved 15 out of the 17 governors of the south.

It was also gathered that the meeting was held on the instance of governors of Ondo, Delta, and Ebonyi States, Mr Rotimi Akeredolu, Dr Ifeanyi Okowa, and David Umahi, respectively. They are the chairmen of the governors forum in the South-West, South-South, and South-East.

Apart from the three conveners of the meeting, it was also attended by the Ekiti State Governor who doubles as Chairman of the Nigeria Governors’ Forum, Dr Kayode Fayemi, Nyesom Wike (Rivers), Godwin Obaseki (Edo), and Lolo Cecilia Ezeilo (deputy governor of Enugu who represented the state governor).

At the meeting, the governors were said to have called for commitment and unity in addressing the issues that affect the country, particularly Southern Nigeria. It was learnt that they said there was a need to put the country first in the face of the trying times.

A source stated that the governors had also agreed to meet in Asaba, the Delta State capital next week for another meeting in order to harmonize positions aimed at dousing the tension in the country as a result of insecurity.

The Ondo State Commissioner for Information and Orientation, Mr Donald Ojogo, confirmed the meeting but said he had no details of the meeting.