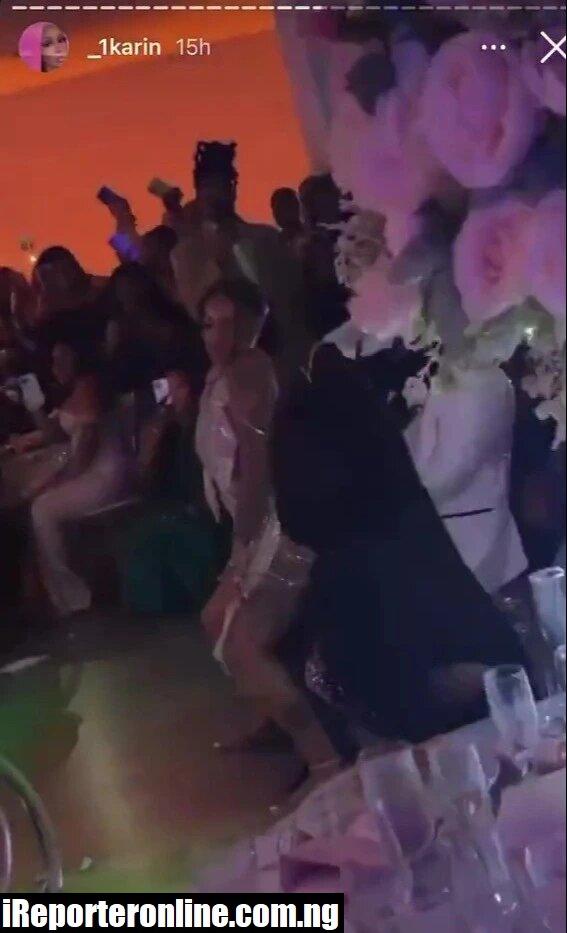 IT’S traditional for the bride and groom to share a dance together at their wedding but this thong-wearing newly-wed performed a lapdance for her husband.

A bride in Florida celebrated the big day in a skimpy backless dress and a thong and proceeded to shake her stuff in front of the guests at the wedding reception.

Footage of the performance was uploaded to social media sites and quickly went viral and even featured the bridesmaids getting involved too.

A stunned online onlooker, who reposted the NSFW clip of the bride known online as Rochelle, tweeted: “Is that the bride?!?!?”

The video, which has been viewed more than 3.1million times, shows a barefoot Rochelle strut over to her grinning groom, who is sat on a chair in the middle of the dancefloor.

The bride then bends over and wiggles her bum in her hubby’s face while her bridesmaids back her up with some sultry moves of their own while Beyonce’s Dance for You pumps out.

Read Also Bridesmaid Gets Drunk At Wedding, Cheats With The Groom

The guests can be seen gawking as Rochelle performs her moves.

Footage, which was also shared by a guest on Instagram, then shows Rochelle and her bridesmaids doing the TikTok ‘Twerkulator’ dance, which sees the women doing a bum bounce.

Rochelle can also be seen getting on all fours and jiggling about as the guests cheer her on.

Viewers on Twitter appeared divided over whether or not the routine was appropriate.

A critic who wasn’t impressed wrote: “Everything here is tacky. The twerking bridesmaids, the barefoot bride, showing [her] whole a** in front of your entire family, just one big ghetto mess.”

Another agreed, saying: “Doing a lap dance routine for your husband wearing next to nothing in front of his closest friends and both your families is beyond ghetto lmaooo that’s not even the right word to define it yet I can’t even quantify how wildly tacky this is.”

Others though came to Rochelle’s defence, with one writing in part: “If she wanna twerk at her wedding she can do that. You don’t wanna twerk at your wedding then don’t.”

Another chipped in with: “Baby if you wanna twerk from the ceiling at your wedding ima hype you up.”