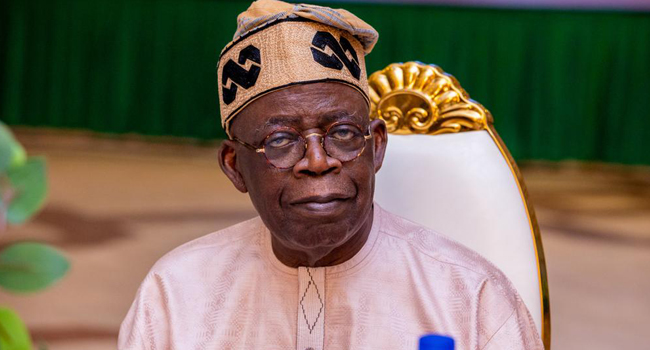 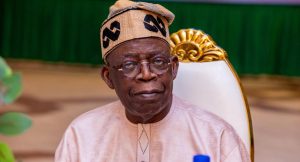 The National Vice Chairman of the All Progressives Congress in the South-West, Mr Isaacs Kekemeke, has described as a lie the claims that the Accord Party governorship candidate in Oyo State, Adebayo Adelabu, is enjoying the backing of the presidential candidate of APC, Asiwaju Bola Tinubu.

Kekemeke said Tinubu was fully in support of the governorship candidate of the APC in the state, Senator Teslim Folarin and not Adelabu

He said this while speaking in an interview with journalists in Ibadan on Thursday on the sidelines of a meeting of the South-West leadership of the APC.

Read Also: We Did Not Call For Impeachment Of Osinbajo ― Ohanaeze Ndigbo

Adelabu thereafter defected to the Accord where he was affirmed as the governorship candidate of the party on Wednesday.

But while debunking the claim, Kekemeke said, “It is not true that Tinubu is supporting Adelabu against the candidate of his party. It’s a false assertion, it can’t happen and it will never happen.

“Asiwaju Bola Tinubu is the presidential candidate of our party, the APC and the only governorship candidate known to the party at the national level, at the zonal level and at the state level is Senator Teslim Folarin. No other candidate. It is a fat lie, it can’t happen.

“Nobody should drop Asiwaju’s name in a bid to sell himself or herself. To us in the party, from Abuja to the South-West to the state level, Senator Folarin is our candidate and he is the one all of us would support in the election.”

Speaking on the reconciliatory efforts in the party in Oyo State, Kekemeke said, “Luckily, I met the chairman of the reconciliatory committee, Senator Olufemi Lanlehin, and he told me about how far they have gone. I know we are almost getting there, peace is gradually returning.”

Kekemeke said Nigerians should be bothered about the competence of the presidential candidates and not their ethnicity of faith because of the enormity of the task ahead.

He said the APC did not have a problem with the Christian Association of Nigeria. He said the party would work hard to win the election and bring the desired change the people wanted.

“What the APC is looking for is a pro-Nigeria president that will address the problem of insecurity and tackle poverty, revamp the economy and provide jobs for the youths. That is what is important.

“I am a Christian and I don’t have an issue with it,” he added.