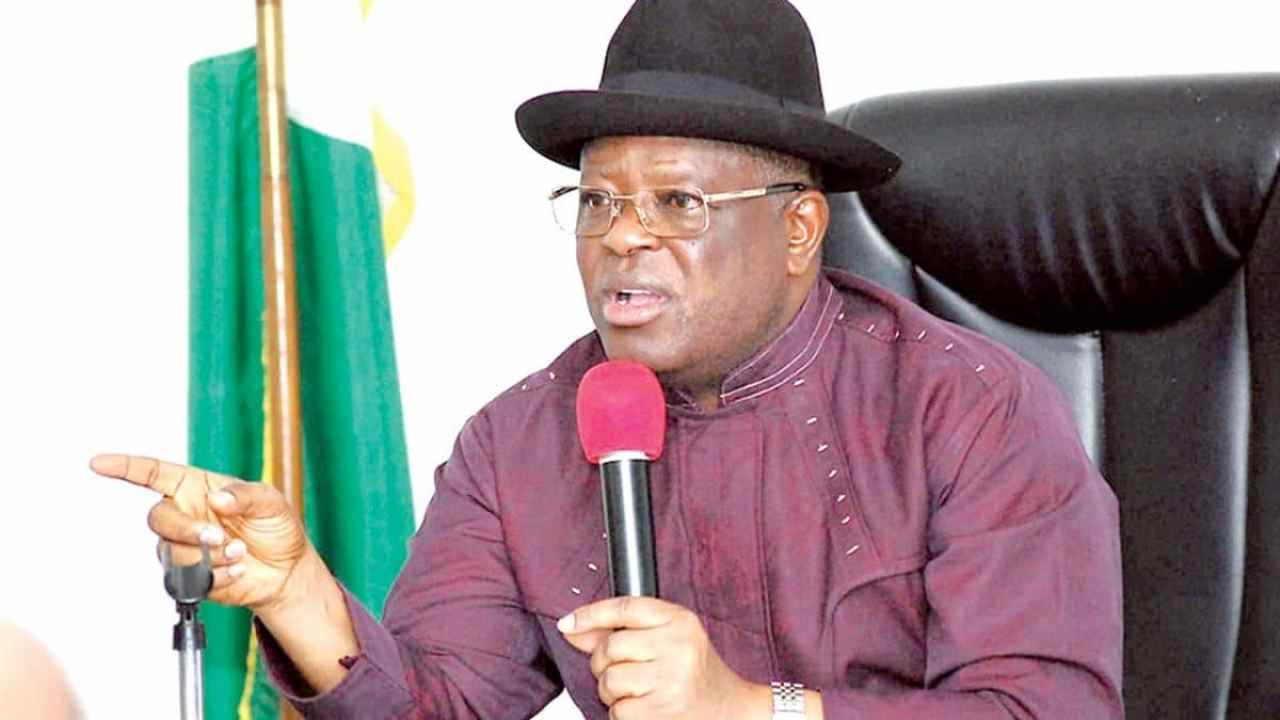 Following the court injunction that David Umahi of Ebonyi State and his Deputy to immediately vacate the statehouse, the All Progressives Congress (APC) has slammed the Federal High Court, accusing it of relying on what it described as the outdated authority of the Amaechi vs Omehia case.

Recall on Tuesday that Justice Inyang Ekwo of a Federal High Court in Abuja ruled that the defection of Governor Dave Umahi and his deputy, Dr  Kelechi Igwe, from the PDP to the APC was illegal.

Justice Inyang Ekwo, in his judgement, noted that the votes which made Umahi the governor belonged to the party and could not be transferred to another party.

Reacting to the development, the party said that the court failed to strike a distinction between Amaechi vs Omehia, which was a pre-election matter and the Umahi case, which had to do with an elected governor defecting to another political party.

The party, however, described the ruling as a “glaring judicial error” and a “travesty of justice”.

“The presiding judge committed a glaring judicial error by giving judgment sacking a duly elected and sworn-in governor and his deputy without relying on or citing any provision(s) of the constitution of the Federal Republic of Nigeria or any provision of the Electoral Act that empowers the court to sack a sitting Governor and or his Deputy. This is purely a travesty of justice.

The party said it was ridiculous, questionable and shameful that the Federal High Court judge could tow with a weighty matter such as conditions for sacking a governor.

The party faulted the Court for failing to rely on any express provision of the Constitution or the Electoral Act or Judicial Authority either of superior courts or even courts of coordinate jurisdiction.

Umahi and his deputy were elected under the umbrella of the Peoples Democratic Party, PDP, in 2015 and in 2019, but they dumped the party and joined the APC in 2020.

Angered by their decision, the PDP approached the court, asking for their removal.

The PDP has since submitted names of its nominees to replace Umahi and his Deputy, Kelechi Igwe to the INEC, in accordance with the Federal High Court’s order.

The party said it has nominated Hon Iduma Enwo Igariwey as a replacement for Governor David Umahi and Fred Udeogu as deputy governor.