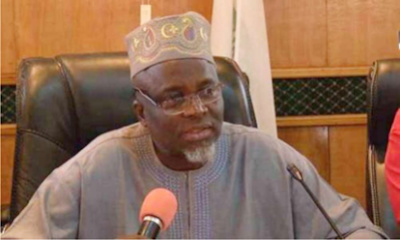 The Registrar, Joint Admissions and Matriculation Board, Prof. Ishaq Oloyede, has said the conduct of its 2022 mop-up Unified Tertiary Matriculation Examination cost over N100m.

Speaking on Saturday while monitoring the conduct of the examination in some centres in Lagos, Oloyede explained that rewriting of the exam became a necessity for candidates who could not participate in the examination during the main exercise in May for various reasons and largely due to examination malpractice.

He added that over 42,000 candidates were participating in the examination in five states.

“Rewriting the examination has cost the board over N100m. The cancellation of the examination in the 10 centres affected, was carried out in the belief that the board is conscious of the fact that no matter how few, there are still some genuine candidates among them.

“After a thorough analysis of the conduct of the 2022 UTME in 10 centres spreads across five states of the federation where examination malpractice was established to have taken place, it became necessary to cancel the results of all candidates who sat for the examination in the affected states.

“Other categories of candidates rescheduled for the mop-up UTME are those with finger print errors, BVN failure and technical issues.”

Oloyede decried the activities of the centres that were involved in aiding and abetting examination malpractice, saying the owners of the centres had yet to make payment for the exercise,” he said.

He noted that it would be worth the while even if it was only one candidate that could be rescued from the consequences of the malpractice.

“The candidates have seen for themselves that cutting corners do not pay. They have seen that they are repeating the examination, though it costs us a lot of money.

“The only shortest way to success is hard work,” he said.

The registrar stated that the fight against examination malpractice was non-negotiable with the board.

Meanwhile, it was observed that some candidates could not start their exam until about 30 to 40 minutes after their allotted starting time due to pressure on the exam officials as they were many.

It was also learnt that some candidates did not get to their centres on time, giving several excuses such as mistaking the WAEC testing centre for WAEC International Office for their lateness.

However, some candidates at WAEC Testing and Training Centre, Ogba, WAEC International Office on Agidingbi and the centre at the JKK House Ilupeju on Ikorodu Road, said there were no serious hitches while the exam lasted.

They, however, said though some of the questions were a bit difficult and the two hours duration for the four subjects combination was not enough, they were optimistic that they would pass the exam and gain admission to their chosen institutions.