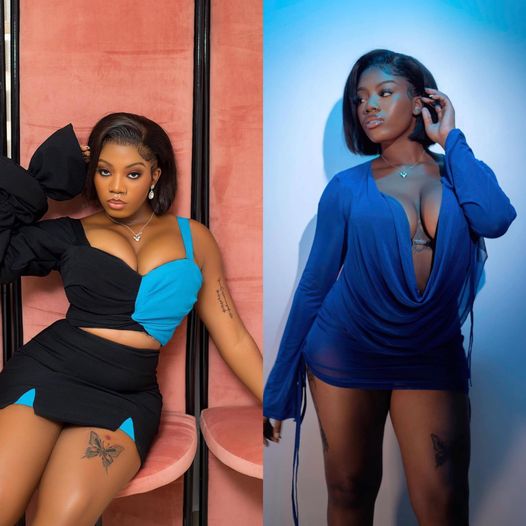 Why I Dropped Out Of University After Two Weeks – BBNaija Angel

Former Big Brother Naija season 6 finalist, Angel Smith, has opened up about her short-lived stay at the University of Lagos.

The reality TV star noted that she only spent two weeks in the institution and her dropping out was in connection to a sexual assaut experience she had.

She made this known in an interview with media personality, Taymesan, published on Friday.

“I was in UNILAG for only two weeks. I struggled so much for those two weeks because when I got into UNILAG was my first sexual assault experience,” she said.

The 22-year-old writer added, “After that experience happened, I can remember just moving through it and pretending like it never happened.

“It affected my school life so much. I always blamed it on not knowing what to do in UNILAG when actually, I’ve always been fully aware of what I wanted to do.”

Angel, who grew up with her grandma, noted that she moved from wanting to become a gynaecologist to being so good in English that she won several Spelling Bees and boosted her writing skills.

“I knew what I wanted to do but I didn’t just do that because I had experienced something so traumatic and I didn’t speak to anybody about it, especially not my granny because I had so much shame,” Angel said.

Read Also I’m 24 Years Old And I Don’t Have A Boyfriend, It’s Only Sugar Daddy; I Go Dey Knack Your Papa With This T0t0 – Lady Says Shamelessly (Video)

She added, “Nobody knew I was out of school until my mum had asked and I was like, ‘let me finally be out with it’.

“When I told her that and she asked me why, I obviously did not tell her what happened. I just told her I didn’t think I was doing the right course.

“Then she enrolled me in a foundational programme in the UK, which I dropped out from too.”

She said she dropped out because she didn’t know her direction or what she really wanted to do at that point in her life.