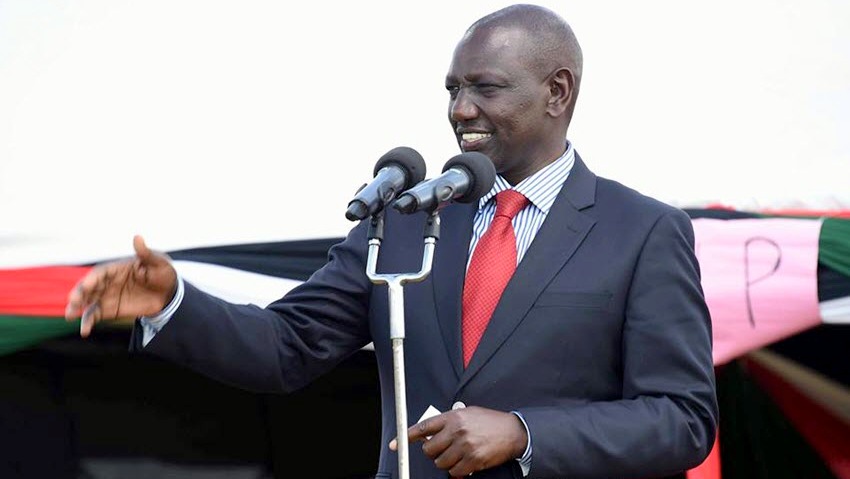 Convener ‘CountryFirst Movement’, Prof. Chris Mustapha Nwaokobia Jnr, has claimed that the president-elect in the just concluded Kenya national elections, Williams Ruto, does not have a political structure.

While comparing Ruto with Nigeria’s Labour Party presidential candidate, Peter Obi, Prof. Chris on Tuesday tweeted, “Those betting on the sustenance of the OLD should X-ray the victory of the STRUCTURE-LESS Ruto over the STRUCTURE-FULL Odinga in Kenya. Africa is Rising and Nigeria MUST Rise. WE MOVE, WE WIN.”

Nwaokobia Jnr, who was the former director-general of the Change Ambassadors of Nigeria (CAN), left the ruling party, APC, due to some policy inconsistencies.

His organisation played a major role in the emergence of the APC in the 2015 presidential election.

UDA, initially called the Party of Development Reforms officially changed its name to UDA in December 2020. The party became notable in January 2021 and is linked to politicians loyal to Ruto.

Born on 21 December 1966, Ruto currently serves as the deputy president of Kenya, a position he has been occupying since 2013 when he was elected in a joint ticket with President Uhuru Kenyatta under the Jubilee Alliance.

During his time on the campus as an undergraduate, Ruto was an active member of the Christian union. He also served as the Chairman of the University of Nairobi’s choir.

It is through his church leadership activities at the University of Nairobi that Ruto met President Daniel Arap Moi who introduced him to Kenyan politics during the 1992 general elections.

Ruto began his political career when he became the treasurer of the YK’92 campaign group that was lobbying for the re-election of President Moi in 1992, from where he learned the ropes of Kenyan politics.

On October 6, 2014, Ruto was appointed acting president of Kenya by President Uhuru Kenyatta after Kenyatta was summoned to appear before the International Criminal Court.

In the August 2017 general elections, Uhuru and Ruto were declared victors after garnering 54 per cent of the total votes cast. However, the Supreme Court of Kenya nullified the election, and a fresh poll was held in October 2017.

The opposition boycotted the fresh election and Kenyatta and Ruto were re-elected with 98 per cent of the total votes cast. The Supreme Court upheld the results of this second election.

Kenyatta and Ruto however seemed to have falling apart after they won re-election in 2017, and this would play a big part in Ruto’s push for the presidency.

Ruto used his fallout with Kenyatta to solidify his support base, tapping onto his Rift Valley backyard and Uhuru’s Mount Kenya region.

Before winning the 2022 presidential election, Ruto was a Member of Parliament (MP) from 1998 to 2013. He served as the Minister for Home Affairs in the Daniel Arap Moi administration from August to December 2002.

He later served in the Mwai Kibaki administration as Minister of Agriculture from 2008 to 2010 and as Minister for Higher Education from April to October 2010.

Having reviewed Ruto’s political journey and how he has won some crucial elections using his support base, it is misleading to say that he doesn’t have a political structure as claimed by Prof. Nwaokobia Jnr.