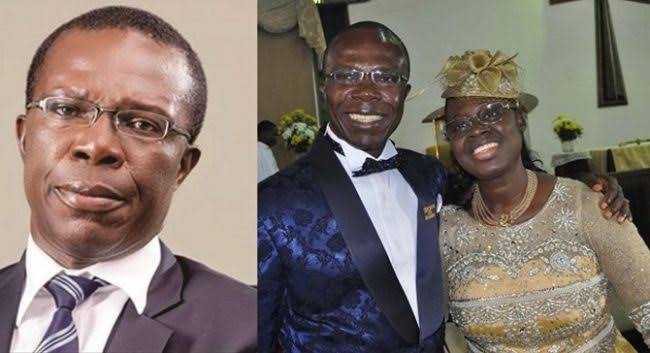 President and Chairman of the Coscharis Group, Cosmas Maduka is bereaved.

She was until her death the vice president of the Coscharis Group since its inception as the co-owner of the company.

Cosmas and Charity tied the nuptial in 1977 and have three sons; Cosmas Jr., Jonathan, Peter and a daughter, Charity Ngozi.

At different fora, Maduka had maintained his spouse played a major role in his success in life and business.

The chief executive officer of Coscharis Group, Cosmos Maduka, said his wife married him when he had nothing.

He said when he approached his wife to marry her, his pocket was empty, however, that did not stop her from agreeing to marry him.

“When I approached her, my pocket was empty but my faith was full, so, many times, it’s not the size of your pocket but she could see ahead.

“Actually, her parents thought she was insane and that made her uncle shot me three times. He said he would kill me because her parents were in the upper class in our village. It’s just like an area boy going to Adenuga’s house,” he said.

He said because of his wife’s belief in him, he made her the vice president of his company.

According to him, she is the only sole signatory in his company, asides from himself.

“She can sign a cheque of N10 billion. It is only her who can sign the cheque alone in the whole of the company and myself. Her credit card has no limit but it didn’t happen overnight,” he said