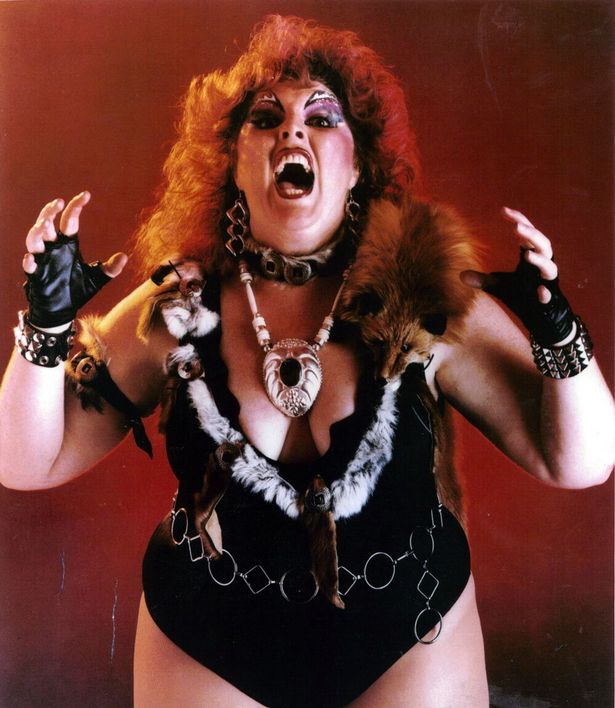 The iconic wrestler, Matilda The Hun, also known as Queen Kong, has died at the age of 73.

The fighter, most famous for going up against a 7-foot bear and whose real name was Deanna Booher, died earlier this week.

Her cause of death has still not been announced.

Booher started her wrestling career in the 1980s when she was an amateur mud wrestler – taking on both women and men as well – before going on to wrestle in GLOW (Gorgeous Ladies of Wrestling).

She then moved into the film and television industry, where she starred in movies such as Spaceballs, Brainsmasher… A Love Story and Theodore Rex, and TV shows like In Living Color and Married… with Children.

Following the news of her passing, the WWE has paid tribute, saying: “We are saddened to learn that Deanna Booher, better known as “Matilda The Hun” and beloved by fans all over the world, passed away at the age of 73.

They added: “Born in Southern California, Booher would spend much of her life in the spotlight as a pioneer in sports entertainment.

“After helping the wrestling team at El Camino Junior College win a state championship, Booher made her professional debut as the masked Queen Kong.

“Booher broke through competing as the feared Matilda The Hun in the innovative Gorgeous Ladies of Wrestling (GLOW) promotion.

“Outside of the ring, Booher appeared in movies such as Spaceballs and Brainsmasher… A Love Story, the television shows Married… with Children and Night Court, and even in the Aerosmith music video for Love in an Elevator.”

Booher previously told Vice over her epic fight with the bear: “Well, you’ve got to know what you’re doing even more so than with a human, because a bear will break your neck. And your back.

“The bears are trained and muzzled, and the bear I fought was a female that had been fanged and was kept on a leash, but she was still 700 pounds. She could have broken me in two, but I lasted 15 minutes with her.”

Fans have also paid their respects, with one fan tweeting: “Ah man, Matilda The Hun died. Even before GLOW, she was honestly kind of a trailblazer. Outstanding charisma and one hell of a look.”

Another wrote: “GLOW lost another legend today. Probably one of the most significant characters to EVER step inside our square circle, to say Queenie made an impact is an understatement. She WAS the impact. RIP to our notorious and gentle Matilda The Hun.”

So Sad!! Popular Actor Dies In His Sleep