2023: Top APC Chieftain Reveals Those Rooting For Jonathan To Be The Party Candidate 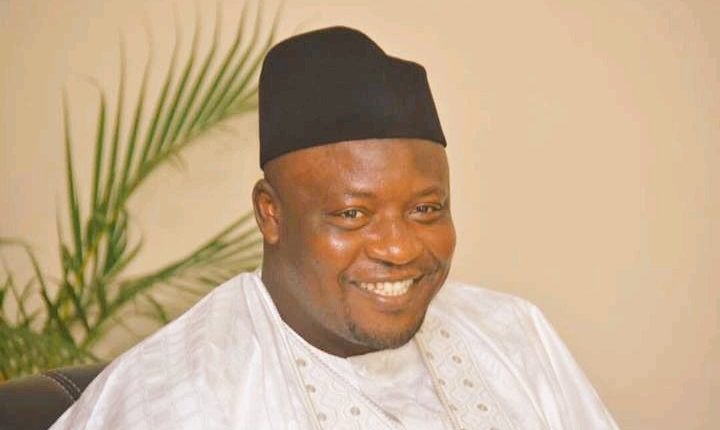 A former member of the House of Repre­sentatives and chief­tain of the ruling All Progressives Congress (APC) from Kano State, Hon. Sumai­la Abdulrahman Kawu, said that those rooting for the can­didature of former President Goodluck Jonathan for the 2023 presidential election on the platform of the ruling par­ty are doing a great disservice to the party.

Kawu, who served three terms in the House of Repre­sentatives, said in a statement on Wednesday that Jonathan had played his role and should be left alone, noting that APC has candidates with better cre­dentials from the Southern part of the country.

The former principal officer of the House in the 7th Assem­bly, who was also a Senior Spe­cial Assistant to the President on House of Reps Matters, said pushing for Jonathan to be­come APC’s candidate would automatically mean the party has failed.

Describing Jonathan backers as “enemies within,” Kawu said APC has qualified and credible candidates from the Southern part who can eminently contest for the APC presidential ticket in 2023.

“I don’t think those pushing for Jonathan to succeed Pres­ident Muhammadu Buhari under our great party wish the APC well. Yes, Jonathan is a re­formed democrat who deserves our commendation.

“But he had played his own role under the PDP. Nobody will take away the credit of conced­ing defeat as a sitting president and handing over power to the opposition peacefully from Jon­athan. As a matter of fact, he is better than some of the people in our party.

“However, we cannot as a par­tysayJonathanshouldcomeand pick our presidential ticket when we have better candidates in our midst. That will mean we have failed,” he said.

Kawusaidif APC is interested in giving her presidential ticket to the Southern part of the country, there are stalwarts of the party that contributed immensely to the success of the party.

For example, he said, from the South-South, the likes of Minister of Transportation, Rotimi Amaechi, who served as the Director-General of the APC Presidential Campaign twice should be considered.

According to him, “Amae­chi is a team player that has demonstrated good leadership during his assignment as the DG twice”, noting that “he has all it takes to lead the country better than Jonathan.”

Also, Kawu said from the South-West, Vice President Yemi Osinbajo, who has proved to be a worthy deputy to Presi­dent Buhari since 2015 is emi­nently qualified to succeed his principal.

He noted that Osinbajo has good knowledge of how to lead the country having worked closely with President Buhari.

From the South-East, Kawu said the Minister of State for Education, Chief Chukwueme­ka Nwajiuba, who has made a lot of sacrifices and made sig­nificant contributions to make the APC gain acceptance in his region has the credentials to be nominated as APC presidential candidate.

He said “apart from having the age on his side, Chief Nwa­jiuba is a silent achiever as a politician of repute”.

Kawu added that the era of imposition has gone forever, hence the few people calling for Jonathan’s candidature should be careful.

“We cannot be talking about Jonathan when we have these people in our midst. Let them know that Nigerians know what they are doing,” Kawu said.