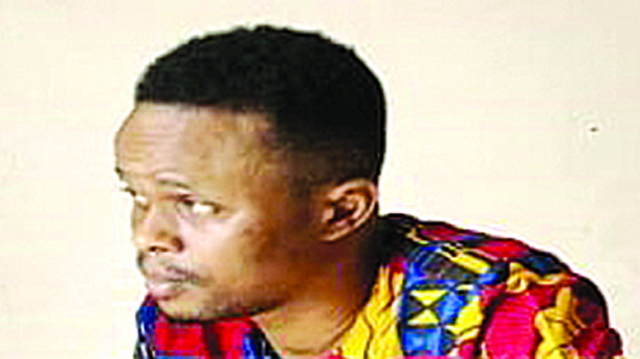 Edo State Police Command has arrested a pastor from a popular church in Benin City over a plan to murder his wife, sister-in-law and father-in-law.

The pastor, identified as Anselm Idele, who oversees the Temple of Praise Church in Ikpoba Hill, was arrested in Benin City, 24 hours before the execution of his plan.

It was learnt that Idele was arrested while contracting some assassins to kill his father-in-law, Robinson Ogunbor, and sister-in-law, Joyce Edokpolor, and wife, Maryjane Ogunbor.

The couple were married for several years and had four children.

However, they allegedly had a disagreement, which led to Maryjane moving out of the house and returning to her family home.

Efforts to reconcile the duo failed, and it was learnt that Idele went to court with the Ogunbor family.

During the pendency of the case, it was gathered that the squabble took a new twist when Idele allegedly planned to assassinate the trio.

The pastor, it was learnt, contacted a man identified as Felix, whose task was to hire two others to kill his wife and in-laws.

READ ALSO: Man Beats Wife To Death For Refusing Him Sex In Edo [Photo]
A police source, who spoke in confidence, said Idele paid Felix N20,000 as a mobilisation fee, with assurance to pay him with 100 by 50ft land in Uteh in Benin.

The land is said to be worth N1.5 million.

But Felix allegedly made a U-turn and disclosed the plan to the State Intelligence Bureau of the Police Command, who went undercover as one of the gunmen to carry out the assassination.

When contacted, the state Police Public Relations Officer, Kontongs Bello, said the suspect had been charged to court.

“Yes, it is true. The suspect has been charged to court already and the matter is ongoing,” he added