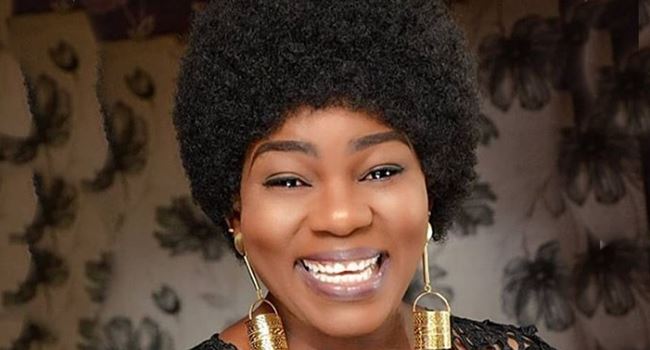 Actress Ada Ameh Reveals Incidents That Drove Her Into Depression

Nollywood actress, Ada Ameh in a recent interview session on TVC’s Your View spoke in detail about how the unfortunate demise of her only daughter, Aladi Godgifts led her to fall into depression.

Ada Adeh who welcomed her only daughter at the tender age of 14 lost her child in 2020 after an unsuccessful surgery in Abuja. The actress mentioned during the session this particular moment in her life broke her down as her daughter was her ‘bestfriend, and sister’.

Speaking further, Ameh mentioned that she has lost seven of her family members over the years which took a toll on her.

Ada Ameh had this to say;

“I have depression; I have been depressed for some years and it became very worse when I lost my daughter in 2020.

“In fact, I was 14 when I had her, she was my best friend, sister, I just saw my world crumbling down before me.

“I had lost 3 of my sisters, 3 of my brothers and family. I thought I was going to be next when my younger sister died and I have been in and out of hospital.”

On her advice for those battling mental health, she said;

“I get dms from people who want to commit suicide.

“Talk to a doctor, and get professional help. I used to leave Lagos to Calabar to get a doctor until I found one in Lagos.”