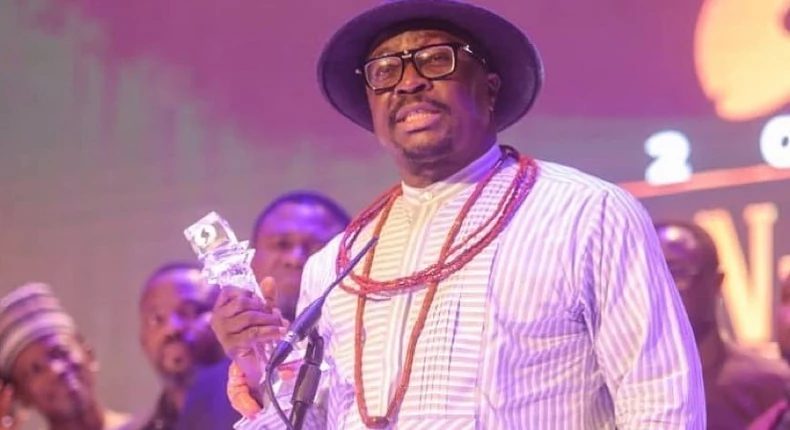 Alibaba Questions Certain Nollywood Actresses Over Their Source Of Wealth

Nollywood actresses have been attacked by Nigerian comedian Ali Baba over the source of their wealth.
The stand-up comedy pioneer in a video that has since gone viral on social media, questioned the source of the wealth of these actors who are literally newcomers in the industry.

“How many movies have you done that gave you 45 million to buy a house? You that just joined the industry. The people that have been in the industry did not buy,” he said.

He went on to share his experience with an unnamed Nollywood actress who was sponsored on a trip to Dubai by a government official and later came on social media to brag about it.

“I may be tempted to mention names but I won’t. We went to Dubai one time and while we were waiting we saw this actress and we saw a particular protocol of a person. He comes later and gives her a key and she goes upstairs. A few days later I see her posting…the ones that do business we know them, you’ll come here and be putting them on high jump,” he revealed.

Alibaba also took a jab at Nollywood actresses who only star in Yoruba movies but have amassed so much wealth.

“Even if they pay you 5 million per movie how many movies do you do in a year? We know the ones that use their mileage and popularity to do business. But the ones we know cannot even act in an English movie it has to be ‘kilo so pe’ that kind of movie, you will now come and tell me you raised 125 million to buy a house in Lekki phase one,” the comedian mocked.

“Next thing they are talking about people you will now be putting mouth, ‘what is wrong with this man? He can put his thing inside his pant’

It is not clear why the actor decided to go after this category of movie stars but we know this may not be the end of this topic.

BBNaija Season 7: How To Vote For Your Favourite Housemate