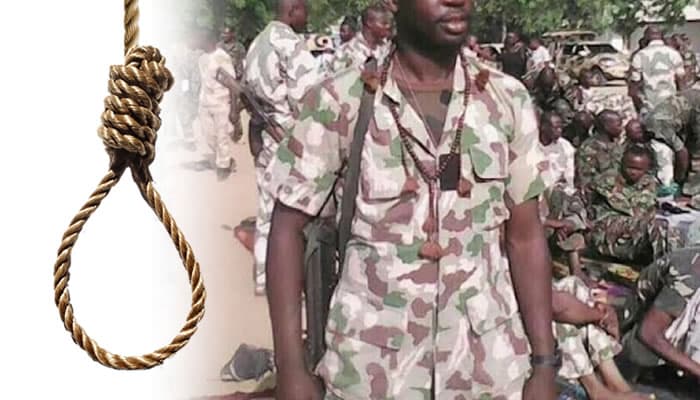 A former Battalion Commanding Officer who led the fight against Boko Haram in the North East, Major UJ Undianyede, is said to have committed suicide.

According to sources, he killed himself less than 72 hours to the verdict of a court-martial trying him for alleged military infractions during the war.

The sources, who confirmed the incident to Daily Trust last night, said the Major killed himself on Monday on the premises of the Nigeria Defence Academy (NDA) in Kaduna, with his service pistol.

“I think he killed himself because of the judgment of the court-martial which has been fixed for tomorrow (today, May 19). We only learnt about his death today (Wednesday).

“In prosecuting the war, the Major with some of his colleagues allegedly committed some infractions for which he was being tried at the 1 Division in Kaduna,” one of the sources said.

Daily Trust was informed that the offences listed against the deceased officer by the court martial in the 1 Division included misappropriation of funds, abandonment of military post, insubordination, and desertion, among others.

Another source attributed the Major’s death to post-traumatic stress disorder (PTSD), noting that he had been in the North East for some time battling Boko Haram terrorists.

The Major, a Course 55 Regular Officer and other members of his class, were said to be due for promotion to the rank Lieutenant Colonel this September.

When contacted, the spokesman of the Nigerian Army, Brig.-Gen. Onyema Nwachukwu, told Daily Trust that he had not been briefed.

However, the Public Relations Officer of the NDA, Major Bashir Jajira, dismissed the report, saying no officer of the academy was involved in suicide.

“No personnel of the academy was involved in suicide as reported, and in fact, our cadets are presently in Kachia for combat shooting training, they are not in the academy. So, no such training took place.”

In the same vein, the Assistant Director, Army Public Relations, 1 Division Headquarters, Kaduna, Major Musa Yahaya told Daily Trust that he was not aware of any court-martial taking place in the division as earlier reported.

These Lovely Photos Of Tony Ezekiel Would Make You Giggle Over And Over Again.