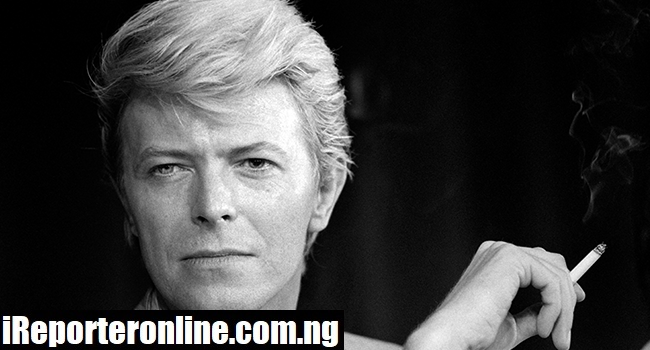 David Bowie’s estate has sold the publishing rights to his “entire body of work” to Warner Chappell Music, the company said Monday, the latest massive deal in a roaring song rights purchasing boom.

Warner Chappell did not reveal the financial terms of the agreement, but according to trade publications, the price tag is estimated at upwards of $250 million.

Recent years have seen a series of blockbuster music rights acquisitions by corporations — including from superstars Bruce Springsteen, Bob Dylan and Tina Turner — a trend driven by the anticipated stability of streaming growth combined with low-interest rates and dependable earning projections for time-tested hits.

“All of us at Warner Chappell are immensely proud that the David Bowie estate has chosen us to be the caretakers of one of the most groundbreaking, influential, and enduring catalogues in music history,” said Guy Moot, head of WCM, in a statement.

“These are not only extraordinary songs but milestones that have changed the course of modern music forever.”

Warner now houses Bowie’s work as a songwriter as well as a recording artist.

The owners of a song’s publishing rights receive a cut in a number of scenarios, including radio play and streaming, album sales, and use in advertising and movies. Recording rights govern reproduction and distribution.

Warner Music Group has handled much of Bowie’s recorded catalogue since 2013, last year adding his recordings from 2000 to 2016 to the fold.

The announcement comes days before Bowie’s birthday on January 8, when he would have turned 75, as well as the sixth anniversary of his death on January 10.

Bruce Springsteen’s publishing and recorded music rights recently went to Sony for a staggering $500 million, with Bob Dylan also selling his full publishing catalog to Universal for hundreds of millions of dollars.

The past year has seen other major sales including from Stevie Nicks, Paul Simon, Motley Crue, The Red Hot Chili Peppers and Shakira.

The company that’s publicized much of the business is Hipgnosis Songs Fund, a British investment and management company introduced on the London Stock Exchange in July 2018.

In its interim report released in September 2021, Hipgnosis said its rights vault has grown to 146 catalogues and 65,413 songs — a value the company places at $2.55 billion — with a 31 per cent year-on-year revenue hike to $74.1 million in six months.

The company said Covid-19’s impacts including venue closures have impacted younger catalogues “that rely on promotion and live music events to drive consumption” — but that “vintage catalogues” have seen “outstanding streaming earnings as consumers turned to listen to classics during the lockdown.”

Artists’ decisions to sell have fallen under criticism by some who accuse them of selling out or betraying their legacies.

But such sales are useful for estate planning, especially for older artists, said Alan Cross, a radio broadcaster and music analyst.

In the United States, making a lump-sum sale means artists are taxed at the capital gains rate, which is much lower than the income tax they or their estates would pay on regular royalty checks.

The flurry of sales comes amid a wider debate over artists’ ownership of the work, amplified in large part by Taylor Swift, who has found resounding success as she makes good on her vow to re-record her first six albums so she can control their master recording rights.

“If I’m a successful artist right now, I’m looking to own everything I could possibly own so I could sell everything off at some later date,” Cross told AFP, defending artists’ rights to cash in on their own work.