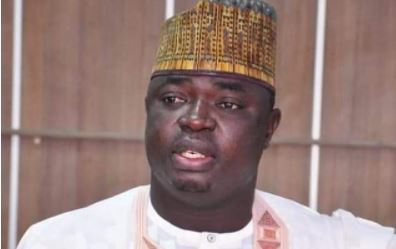 The gale of defections from the All Progressive Congress (APC) has continued to hit the ruling party in Gombe State as a former majority leader in the Gombe State House of Assembly, Markus Samuel, tendered his resignation Thursday morning.

Just within the week, a member, Rambi Ibrahim Ayala, also brought to an end his short stay with the APC in a resignation letter that was widely circulated by him.

This is just as a handful of aides to the Governor, Muhammad Inuwa Yahaya, and some party members resigned from the Government and the party recently.

Acoording to a source, no fewer than five APC members in the House have concluded plans of dumping the ruling party.

Confirming his resignation letter, Markus Samuel, who represents Pero-Chonge State Constituency in the State House of Assembly, said he took his time without any duress to jot down his exit letter from the party.

He said, “I have also called His Excellency the Governor to inform him about my issues and why I am checking out of the party”.

He also confirmed that more members in the House that has over 20 members out of 24, will soon announce their departure from the APC for good.

It will be recalled, however, that reacting to the gale of defections from the ruling APC, the party’s State Publicity Secretary, Mr. Moses Kyari, had last Tuesday waved the defections as an exhibition of desperation to contest elections by a few members.

According to him, the party is not moved or worried a bit by what he described as the actions of desperadoes.

He said the APC has concluded all arrangements to receive thousands of well-meaning masses into their fold from the 114 electoral wards of the State.

He added that the party had been strategising behind the scenes.

“A political party is just like a market where there are entry and exit points.

“If you are leaving, don’t cause confusion. Exit peacefully, we can’t stop you. If you are leaving today, 10 people are coming in, so why do we need to worry? The party has been strategizing behind the scenes,” he boasted.