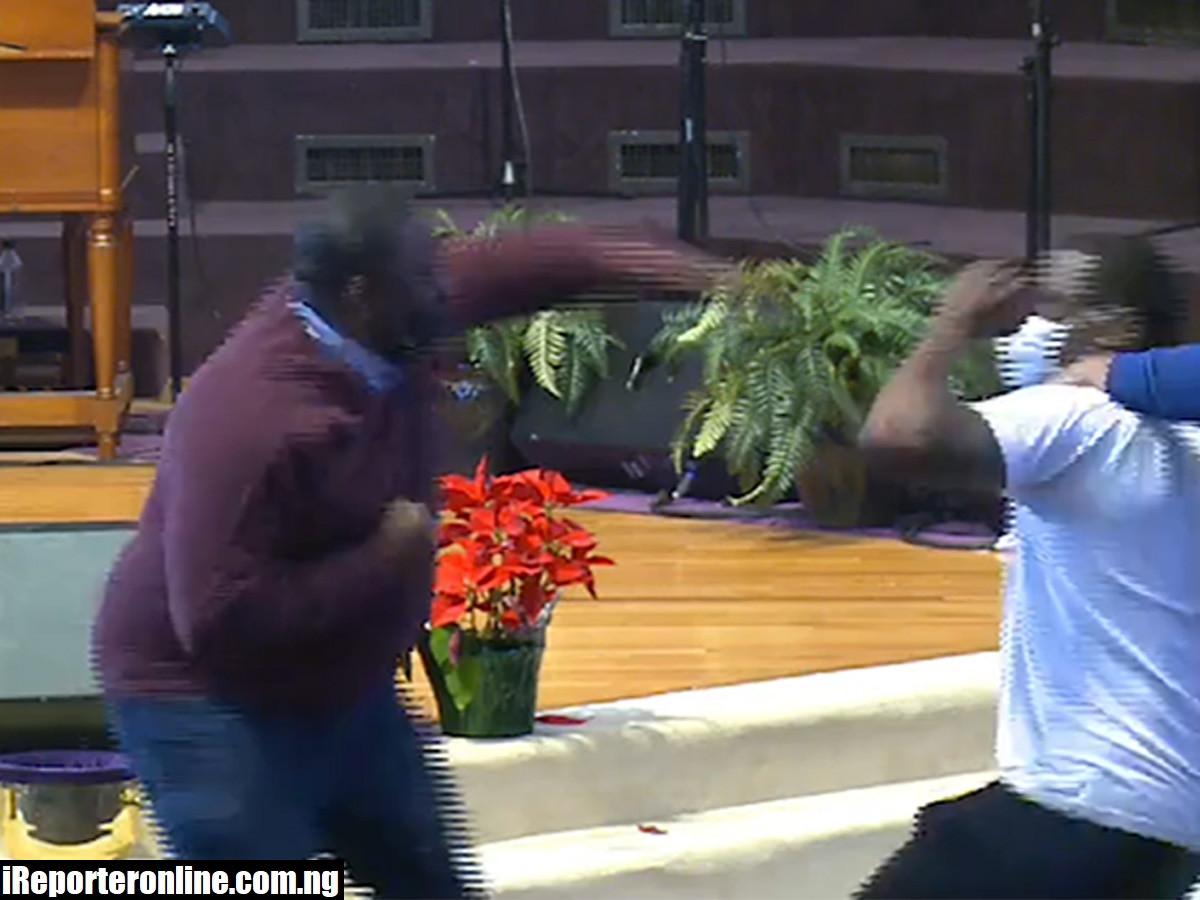 A fight broke out in a church in the US state of Tennesse on Sunday, December 26, while a Pastor was preaching.

As the Pastor preached at Olivet Baptist Church in Chattanooga, Tennessee, a man was captured on video moving towards another male member of the church sitting in the front row.

After he threw the first punch, the guy who was sitting instantly engaged, and the 2 go off-screen as they continue punching each other.

The preacher, Bishop Kevin Adams tried in vain to stop the fight, saying, “Stop it, Marcus. Marcus, come on.”

It’s unclear how long the fight went on because someone pulled the plug on the Church’s live stream.

Speaking after the fight, Bishop Adams said the man in the white t-shirt had just gotten out of rehab and beelined it for the youth pastor, who was sitting in the front row. The Bishop added that the man might have relapsed because he says the guy didn’t know where he was.

The cleric also said after they were able to calm him down, he broke down in tears. The Bishop also revealed the man said he’s going back to rehab, and the church is fully supporting him.

World leaders pay tributes as Desmond Tutu passes on at 90