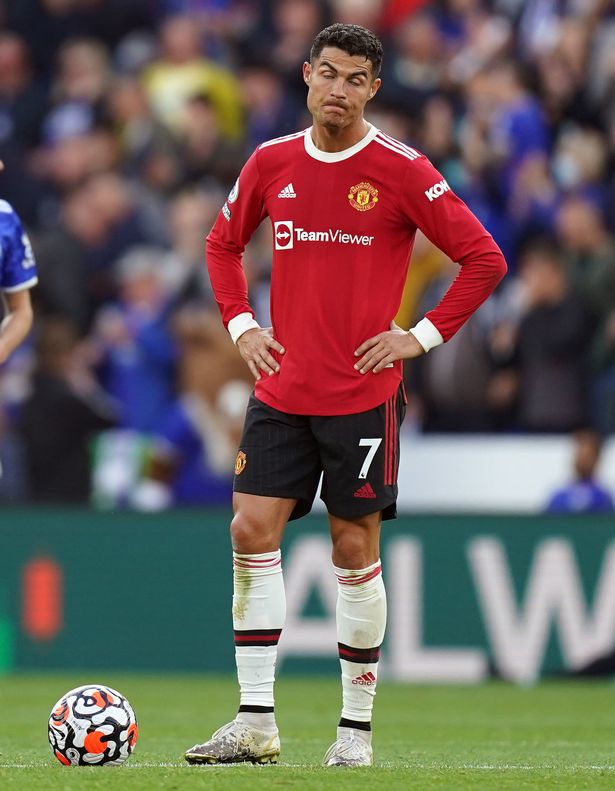 Cristiano Ronaldo is considering his future at Manchester United while he waits to discover who the next permanent manager will be.

Ronaldo has a contract until 2023 – but could leave United this summer if he doesn’t agree with the managerial appointment.

And the revelation will pile huge pressure on new chief executive officer Richard Arnold to get the decision right.

Ralf Rangnick took charge on an interim basis at the end of November and is expected to take up the role of ‘Senior Football Advisor’ at Old Trafford on a two year deal ahead of next season.

Arnold, who will replace outgoing executive vice chairman Ed Woodward when he stands down on February 1, will now lead the club’s search for the next full time boss.

Mauricio Pochettino, Erik Ten Hag and Brendan Rodgers are all under consideration as Arnold looks to appoint someone capable of returning United to the top of English football once again.

But the decision will have a huge bearing on whether or not Ronaldo, 36, decides to fulfil his contract at Old Trafford.

And although Rangnick is not thought to be under consideration for the job full time, Ronaldo has let it be known that he wouldn’t support the German’s appointment.

Ronaldo rejoined United from Juventus in the summer on a deal making him the highest paid player in the Premier League and was expected to help them challenge for trophies.
Kindly Share This
Dear Reader, Fetching good and credible news information is tedious and requires huge finance. We are soliciting support from our readers and fans. For as low as N1,000  you can be a part of our golden membership. Your support would go a long way in assisting us to continue guaranteeing quality news to our readers across the globe. Bank transfers can be made to: Zenith Bank 1014932118 Ireporteronline communications Inquiries: Email: [email protected] Whatsapp: +234 7032341798 FOR BUSSINESS ADVERT CLICK THE WHATSAPP IMAGE BELOW