A video is currently going viral in which some church member could be seen fighting pastor during deliverance service. 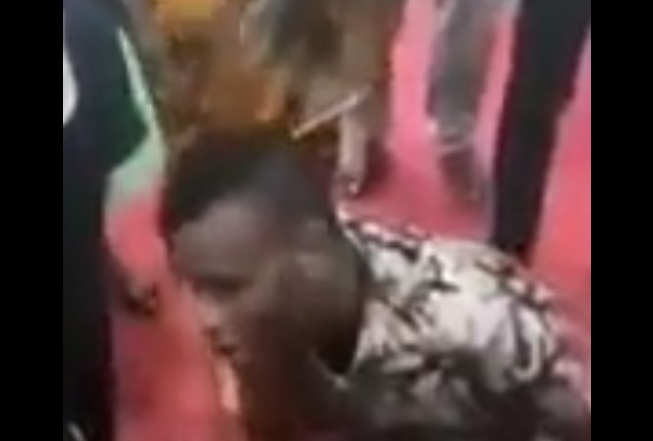 There was drama in a packed church after a possessed lady overpowered a pastor during a deliverance service and beat him up.

The pastor thought it was just another normal day of miracles until a possessed lady came to the pulpit.

He desperately tried to exorcise demons from the lady by chanting prayers and speaking in tongues but she overpowered him.

The possessed lady unleashed kicks and blows on the pastor, forcing him to run for his safety as his followers tried to cool her down.

check out the video below :

Credit: atinkanews
Kindly Share This
Related Topics:
Up Next