A pastor was left with an egg on his face after a woman turned against him when he was performing deliverance on her in a village during a crusade. 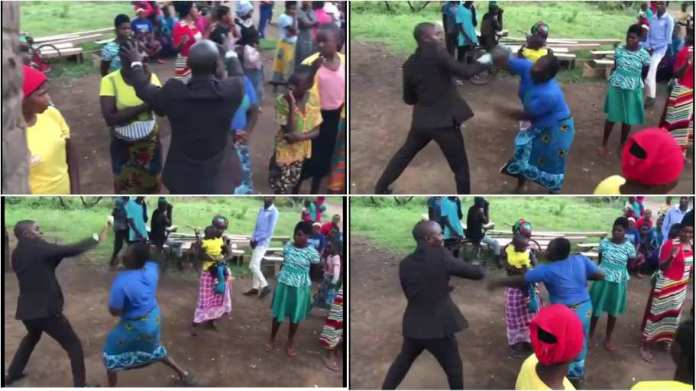 In a viral video that has set tongues wagging on social media, the self-acclaimed pastor is seen going around touching women’s foreheads, all in the name of performing miracles.

The miracle seeking women had lined up expecting to receive deliverance from the self-declared man of God.

However, things turned south after one of the women confronted the preacher when he tried to touch her forehead.

The cornered preacher tried to speak in tongues while chasing the defiant woman, claiming that she was possessed.

The no-nonsense woman lost her cool during the melee, prompting her to throw punches at the preacher.