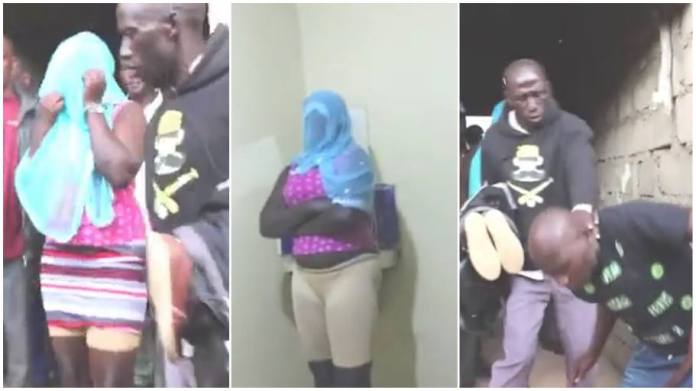 The video captures the moment a man busted his wife doing the unthinkable with another man inside a hotel in Kenya.

According to reports, the aggrieved husband was informed by a friend that his wife had been spotted entering a hotel with another man.

He stormed into the hotel after getting the tip-off, only to find his wife getting fvcked by another man.

His wife had lied to him that she had gone running errands.

According to the man, he has been suspecting his wife is engaged in extra-marital affairs for quite some time.

Police officers who got wind of the incident rushed to the scene and saved the randy man from an angry mob that was baying for his blood.