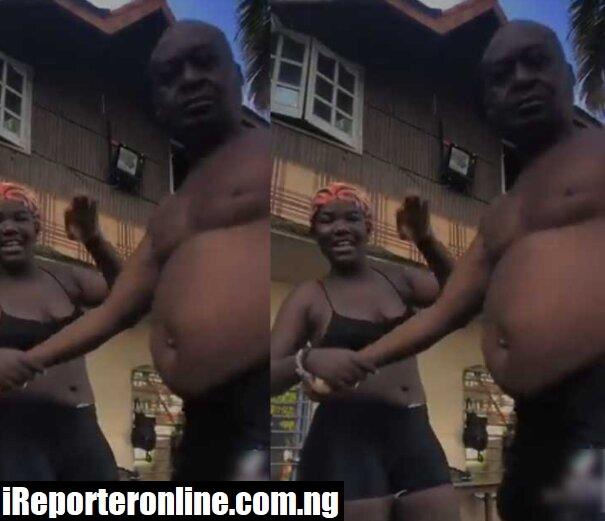 Hilarious!! Married Man Run For Cover After Realizing His Side Chic Was Doing TikTok Video

Hilarious!! Married Man Run For Cover After Realizing His Side Chic Was Doing TikTok Video

A young side-chick has exposed her pot-bellied blesser on social media in a viral TikTok video.

The sugar daddy and his alleged side-chick were at the poolside having fun and the lady who thought it could be and memorable to capture that moment decided to record a video like the youth of this generation do.

As the young lady was doing the TikTok video, the sugar daddy got out of the pool to romantically play with her but before he realised it, he had been captured though he tried to hide his face.

Realizing it’s a video, the sugar daddy with his potbelly jumped out.

It was obvious to the man didn’t want to be exposed for having a girl young enough to be her granddaughter as side chick.

Sad As 13-Year-Old Girl Got Raped By Father, Grandfather

Bride Who Couldn’t Wait To Get Home ‘Gives It’ To Groom At Reception, Guests Cheer Them On (Video)