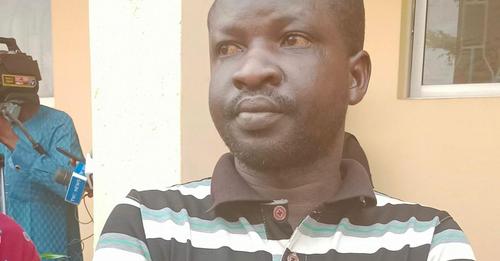 A Police Sergeant, Haruna Yusuf, has disclosed how he stole a rifle from a mosque in the police station and sold it to a disc jockey.

Yusuf, who was paraded with six other persons, suspected to be cultists, said he sold the English Berretta pistol at the sum of N47,000 to the DJ, who was said to be an armourer for the cult group in Omu-Aran, Kwara state.

He added that he sold another local revolver pistol which he bought at an event organised by his kinsmen with a view to using it to protect himself from incessant herdsmen killings, particularly, in his hometown.

He continued, “I am traffic warden serving in Kwara state. I was on special duty when I was arrested on November 30, 2021, by a team from IRT. I was arrested with regards to a missing firearm. I found the firearm behind a mosque in my division.

“Instead of me to take the firearm to my colleagues at the station, I mistakenly sold it to a DJ for N47,000. I actually don’t know what came over me. After I disposed it, I learnt the firearm was missing but I could not confess that I sold it so as not to get into trouble.

“I also sold a local revolver pistol. I got the pistol from an event organised by my kinsmen. I actually bought it N25,000 due to the incessant killings by herdsmen in my town. I was afraid with the security situation in the country that was why I bought it”.

Yusuf, according to the Commissioner of Police, Olawale Olokode, would first be tried administratively before he would be prosecuted.

He added that the owner of the weapon, late Inspector Ehigimetor Ileso was dismissed due to the case of the missing firearm before he later died due to the incident.